The only person who got more up-tight in LA. 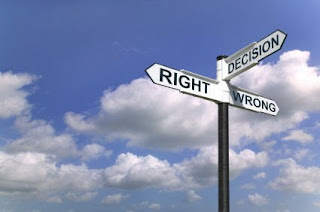 This morning I lied over the phone to a man I’ve never met at the Volkswagen dealership in Van Nuys, California. His name was Armin. Well – is Armin but I’ve never met him and never will, so to me he’s past tensed.

Armin and I met over my e-negotiations for a Jetta lease. Per Greg’s advice I spent the days since my arrival in LA contacting various VW dealerships for Jetta quotes, pitting those quotes against each other and negotiating my price down from one number with zero relevance what-so-ever to me to one considerably smaller number with slightly more relevance now that an installment of it has been removed from my bank account.

Armin had been the front runner early on. He came in low, piled on the extras, and told me moving to LA was the best decision I’ve ever made. He validated my want to go salsa red vs. black, and when I said, “I know it’s frivolous, but I really a moon roof he said, “You’re in LA. You need it, and it’s sun roof.” Armin was the angel at the gate between me and SoCal heaven. As such, I had every intention of finalizing my deal in Van Nuys so I could finally return the terrifying Jeep Grand Cherokee I’m borrowing from family friends and get on with my new, red-themed life.

Until I got an email from Michael at Volkswagen of Santa Monica that beat Armin’s offer and promised a blue tooth hook-up.

“But Armin was so nice!” I said to Mike.

“Are you aware of how far Van Nuys is?” he said back.

And so I closed the deal in Santa Monica and started screening Armin’s calls. Making the right decision was hard enough. Explaining that decision to a lovely man who had been among the nicest of my LA life thus far was too much. Maybe because disappointing people is my most hated emotion? Do you remember how much it stung when Mom or Dad said, “I’m not mad…I’m…disappointed…” Or maybe just because this week has been so filled with emotional decision after emotional decision that I’m emotionally decisionally tapped out.

I told Armin I went with a Honda Civic from the dealership of a family friend.

Yep. That lame. The car-lease equivalent of “it’s not you, it’s me” or “I’ve actually started talking to my ex-boyfriend back home again.” A bold-faced lie (over the phone…).

The logical, no emotional-strings-attached response would have been, I got a better offer, and I want to buy a car in Santa Monica. Simple. Honest. True.

Just as simple as, “I’m sorry, but it just isn’t working out between us” or “I met someone else” or even, “I don’t think we make compatible friends” or “I’ve found a different job and will be leaving the company” or “I can’t come to your birthday party because one of my better friends is having one that same night.”

Stripped of all the feelings, the simple facts are facts – and they hold up just as well, if not better, than the lie.

But when we get wrapped up and connected in the people on the other end of those statements, it isn’t cut and dry.

After the car purchase I think I’m officially done making major, emotional life purchases. But, just in case, I’ve decided to secure the remainder of my bedroom decor items online. Fedex/Kinkos employees don’t care that the grey satin comforter was just a little too satin-y, but you’re really sorry because it’s such a lovely comforter and you fully intend to purchase a different Anthropologie comforter instead.