How Hillary Herself Dried My Tears 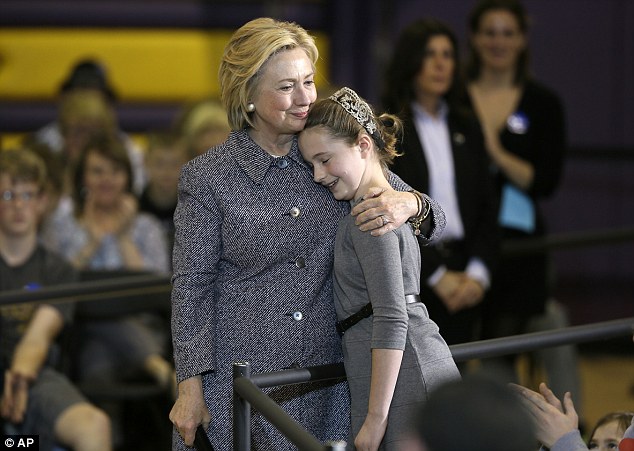 This is hard, but I always write on Wednesdays, and I’m not stopping despite my pain. I am a strong woman, like the first woman to win the popular vote in an American presidential election, Hillary Rodham Clinton.

This is a deeply disappointing day for our country and for me personally. I feel that anger, hate and division won. I feel that respect, decency and progress lost. I feel that Hillary being a woman had much to do with this result, and that breaks my heart. I went to sleep feeling hopeless. I woke up feeling hopeless. When R and I walked Louie this morning I said that my one silver lining was the fact that I can now ignore politics and the media machine surrounding it for the next four years.

Then I watched Hillary’s concession speech. If you haven’t yet, please do:

I often forget that who we are in failure can be more important than who we are in success. Today I think that applies to this incredible woman as much as it applies to our country.
I don’t like to fail. I avoid it at all cost. Hillary Rodham Clinton does not. She runs at the fight and has her entire political and personal life.

I would feel lucky to have had the setbacks she’s experienced, I thought when I heard those words; and that shocked me. I realized in that moment that if I had to choose between being Hillary Rodham Clinton or whatever dozens of women and men gave up before they reached her heights, I would choose to be Hillary. Today, in a way, I have to make that choice. I have to hear this next line of hers and believe it:

“This loss hurts, but please never stop believing that fighting for what’s right is worth it.”

I woke up this morning with a feeling of what’s the point? I actually said fuck this country; it’s not mine. Hillary’s words inspired me out of that dark place. Her spirit and strength gave me hope. Her words and attitude toward the future reminded me that America is much greater than one election and that perhaps this one election will help us perform the kind of autopsy that will make us our greatest.

And then she said this:

“And to all of the little girls who are watching this, never doubt that you are valuable and powerful and deserving of every chance and opportunity in the world to pursue and achieve your own dreams.”

What are people going to tell their daughters? I cried to R last night as we watch Donald’s acceptance speech. I don’t know… he said.

Now I believe they can show them this video of the woman who got further than any woman prior, explain that her progress is our platform, and let them be inspired by her real and visible strength, just like I finally was this morning after a very dark night.

I hope you’ll join me, and I also hope you’ll reach out to those around you who are confused, hurting or fearful and help them see some hope.