Why I Didn’t Watch The Final Obama Speech 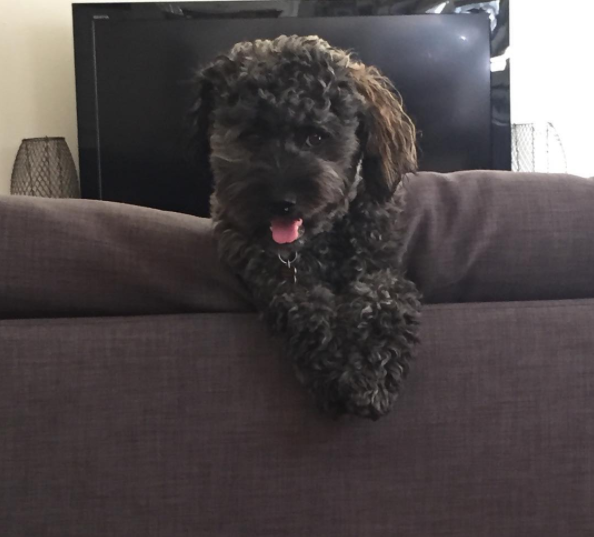 I don’t have a ton of experience with dogs but I’m still pretty sure that mine is a human.

When I was young we had a family dog named Sugar. She was an Australian Shepherd/Red Bone Hound mix that my Dad got when he was in college. From what I remember she was always very dog-like. She spent time outside by herself doing dog things – digging? sitting? chasing squirrels? She hung out with us humans in the evenings but by “hung out” I mean sat and occasionally requested a belly rub. She was a wonderful dog – the world’s greatest dog – but a dog.

R also grew up with a dog – a Bassett hound named Duncan. From what I’m told Duncan was very dog-like. Every time he walked past the couch where the family cat was sitting she would swipe him across the head and Duncan would be like, “wait…what? who’s there??” He also spent time outside by himself and drooled a lot. He was a wonderful dog. Not the world’s brightest but really very sweet, I’m told. But he was a dog, too.

Now R and I have a Poodle/Schnauzer/Brown Bear/Wool Sweater/Old Man mix named Louie. He is a dog in that looks/smells/poops like a dog, but that’s about it. Louie does all of the things that Sugar and Duncan did, but also these things: 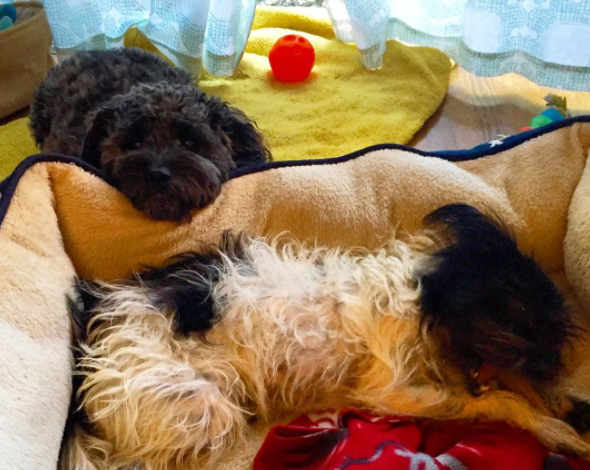 There is more but I’m becoming one of those dog people (became?) so I’ll stop.

Bottom line – Louie is a human trapped inside a dog.

I used to be sad for him because he can’t express himself properly. I thought – maybe I’ll develop a sophisticated system of communication for him, like Winona Ryder in Stranger Things but with way better penmanship.

Now I’d like to be him. Maybe not 100% of the time. The groomings seem annoying and I don’t think I could handle always being barefoot. Maybe more of a Shaggy Dog situation. Are you familiar with The Shaggy Dog? No? Good, don’t be.

Being a dog seems like such a better option than being a human, at the moment. You get all the benefits of life on earth but without any of the knowledge that it’s all falling apart. You can eat bacon and cheese with the benefit of someone making you stop and you’ve never gotten stuck in a Twitter K hole. If someone touches you where you don’t want to be touched you can bite them and people are like, well, you invaded his space. Seems ideal to me.

For now I’ll have to settle for the joy of having Louie around – whatever species he may be. He hates CNN, which helps me pry myself from our national nightmare and he just gave me something to write about this morning instead of 1,000 words on how the backlash against Meryl Streep makes me want to impale myself on a Golden Globe.

I feel like dog shelters should really be using this to their marketing advantage.

Searching for a four to eight year distraction? Adopt today!

How To Live In The Gray: According To My Puppy (with link to the rest of the series at the bottom of that post). 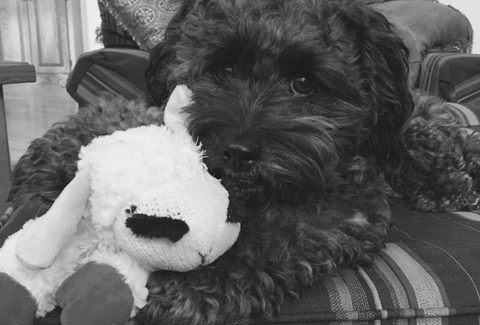 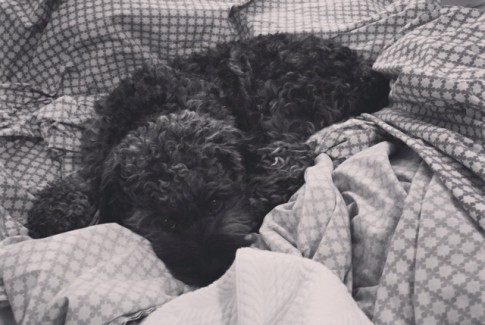 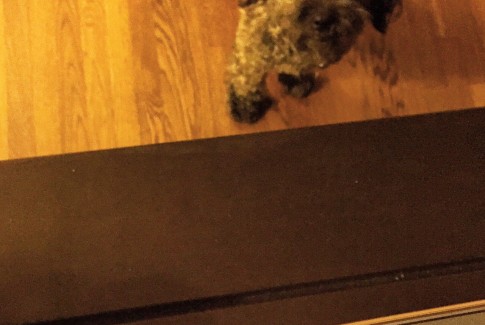 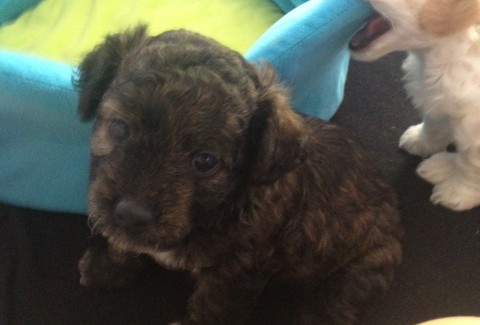 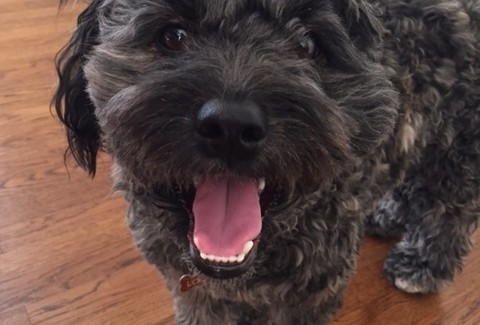 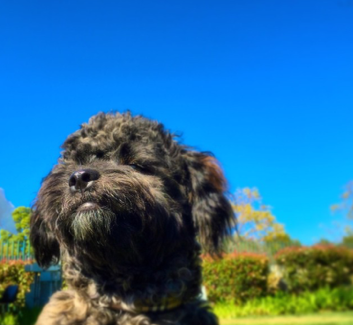