Bianca and Olivier gchat on the sex # issue 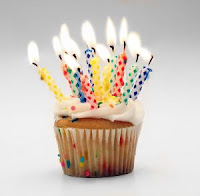 I wonder if it’s a uniquely female thing for that to matter – to arrive at the age your Mom was when she became a mother and go “whoa.”

I like to think of myself as a mature adult — a fairly together person. I’m proud of myself a coupe times a week. When difficult things come my way I find that I can deal with them sans tantrums. In general I am doing what people would call “well.” Do I act 26? Most of the time. Do I feel 26? Sure, I guess I’d say I do.

But could I have a child at some point during this 26th year of my life? OHMYGODNO. NO NO NO NO NO.

Do I know how to care for a baby? Yes, enough. I have those three little sisters. Would I at 26 – my version of 26, not my Mom’s – destroy the life of a child? No, not at all. I know all my lullabyes. It’s just that 95% of my life would have to change drastically in order to shift from my current mode – let’s call it work/write/drink/eat/fun mode – to bear and care for children mode – I believe that involves saving money/not sleeping/Mom jeans/and an elevator building if not actual back yard.

That, right now, I cannot do because I don’t want to.

Not having children is a choice at any age, but so is every piece of the single, 26-year-old lifestyle. At 26 I remain un-beholden to anyone but myself (and my family because I love them, but even that’s a choice). I make decisions every day that affect the kind of 26-year-old I am.

I live in a city and as such my savings account is similar to a joke. I work in a the media industry which means long hours and low pay. I write as much as I can on the side which makes for early morning and some very late nights. I have a close network of friends, so all remaining spare time is spent organizing things to do in the city with that group.

No, not everything is planned, but most major decisions come at the cost of something else. I believe these are referred to as sacrifices, but that’s always sounded like such a bummer. Let’s call them cause/effects.

The question is when those cause/effects start to shift — when you know it’s time to put one priority above another– especially as you’re turning the corner on your mid-twenties — especially now that people are starting to say, “you know, you’re not getting any younger..” Was I ever??

You hear people say, “then I decided to settle down” or “it was around then that I knew it was time to be in a relationship” or “I just knew the time was right for a career change.” How do they know? What happens?

We are the sum of our choices – trite but true – from as early on as we understand the concept of choice.  But I think we sometimes forget that in choosing one thing, we’re also choosing not another.  This isn’t an argument against having “it all” (there’s no argument, you can’t — but that’s for another day).  This is just a newly 26-year-old woman (who still feels like she should be referred to as “girl”) realizing what she loves about her life but what she could and might soon leave behind now that with each passing year the future changes focus.