A word from the been-there/wise about our 20-something experience.

Here is my overdue response to my own prompt – “At 20 _____ I Feel ______.”
I’ve been so wildly impressed and moved by all the responses from all of you that writing my own became even harder. There are one hundred different feelings to cap off the prompt from where I stand right now, but I’ve decided that for me, it’s really just as simple as the below.
Thank you, to all who have already submitted. And KEEP THEM COMING!
At 27 I feel very 27.

If you asked me at 23 what it meant to be 23 I’d say, I have no idea. Maybe it meant being at the start of things, carefree, questioning? I was aware at that age that the age meant I had plenty of time to make mistakes and missteps, and I did.

The first shift I can really recall was the 2-5 marker. At 25 I didn’t feel any different. I wasn’t any more aware of exactly what I wanted and where I wanted to be, but people were talking about 25 like I should… 25 was Katie’s scary age. I remember wondering if it should be mine but deciding I honestly wasn’t scared. I didn’t know enough to be scared. In a way, I wasn’t ready to be scared.

25 was the first time I started to think about being 30 and what I wanted to accomplish before then, but I didn’t feel a sense of gravity about making moves to put myself there. I was content in the there and then. I still hadn’t landed in a job I knew I wanted to keep for more than a year or two, but I wasn’t looking to make that kind of decision. What I do remember about 25 is that feeling of having the world’s permission to be more of an adult – to not only deserve a seat at the table, but to deserve to say something from that seat. That was a shift – I “mattered.” But with that mattering came being accountable for whatever I said and did from whatever seat I occupied.
Responsibility, maturity, a savings account… All those things started to become things I actually wanted, not things I dreaded. That doesn’t mean I knew quite how to get there – it just means I was aware that it could be fun/exciting/enabling to get older. But at 25 I absolutely still had days (nights?) where I was 22, 23, 24 (fine, 21). At 25 I still slept on the couch in my sister’s college dorm during parent’s weekend.

Now at 27 I feel 27 – and I like it. I feel like I know things that make me valuable in this world. I feel like I want to be calmer, more deliberate, more future-focused. I think I actually want to be the number 27 – 3 years from 30, 5 + years out of college – like I’m somehow proud of that age.

I still couldn’t tell you what that future looks like or what I look like in it, but I desire it in a different way than I did looking at it from 25. 27 is my scary age, and yet as I said the day I turned it, I’m excited to be scared.

I’m not sure I’d go so far as to say that my early twenties were a time of bumbling through it all with no sense of time, place or age. But I feel a different sense of control over my life (or maybe just a desire to have control?) then I did in my early twenties. In many, many ways I’m still “only 27,” but in a lot of others it’s, “you know, I’m 27 now…” Like if 23 was an excuse then 27 is a motivator. I’m 27 now. I’m allowed to say and think serious things. I can be a “director” of something without people 30 + rolling their eyes. I’m not a phenom. It’s not beginners luck. I’ve earned things and collected things that make me a more solid being.

But the thing about my feeling “very 27” is that it’s my feeling – my sense of who I am and should be at this age-marker. My 27 is some people’s 23 and other’s 35. What’s interesting is that at my 27, I’m finally only concerned about the fact that it’s mine. 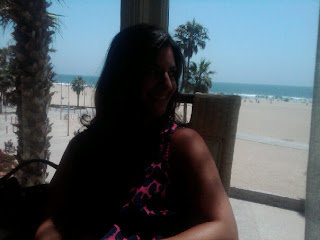