The Checking-Out Series: The Big Problem with Big Corporations 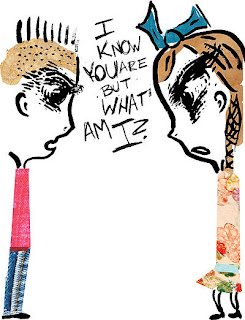 One year ago today I made the final decision to move to L.A. Around May of last year I made a 85% decision in my head that the move could/should/would happen by September 1st, but it wasn’t until a real job opportunity presented that I set the actual date.

It was on this exact day last year that it all came together, and in magican LaLa Land fashion, the moment was sealed with a celebrity kiss (of potential death).

I was sitting on a bench at a shopping center on Sunset and Crescent Heights – the one with the Burke Williams Spa and Trader Joes – when I placed the call home to my Dad to share the big news. The sun was shining. The palm trees were swaying. I was wearing my giant aviator sunglasses even though I was sitting directly in the shade. And just as my inner pre-teen gushed the totally 90’s movie line, “Daddy! It’s official! I’m moving to L.A.!!” I noticed Dustin Hoffman walk past me, smile a knowing smile, and make a half-laugh half-huff that crystal clearly meant, “good luck, kid.”

I fully intend to recount this story to Dustin Hoffman on set when he stars as the father in the screenplay I’m currently writing. I’ll let you know how that goes.

But onto the point of this post – the infamous New York/LA rivalry.

Before moving here I wrote/talked/thought endlessly about all the makes this city suck. Upon telling people I’d made the decision to move I hear groans, moans, and other audible eye-rolls about my decision to abandon the cultural center of the world for the land of plastic and make believe. (Most) New Yorkers hate Los Angeles, and they’re happy to tell you why that’s the correct and only acceptable position to take.

But here’s the thing I’ve learned after almost a year in L.A. No one here really cares.

Allow me to better illustrate this by likening it to another experience I’ve had with the concept of deep-seeded rivalries.

As you know, I was (and will forever be) a Boston College student. And as you may or may not know, Boston College students HATE Notre Dame. It’s not just about the long-standing football rivalry, it’s about the entire school. We believe everyone who elected to attend that archaic institution is an evil fool. I once declared that I would never, under any circumstances date anyone from Notre Dame, to which all my friends replied, “duh.”

The list of grievances BC has against ND is long and detailed. They don’t have co-ed dorms. They have curfews. They are in the middle of no where. Their football team sucks. They’re all insanely conservative. The list goes on and on, all amounting to the belief that BC is superior to ND, and that no one in their right mind could think otherwise.

“They must hate their lives when they come visit our campus,” a friend of mine once said.

But, see, here’s the thing. They don’t. They don’t really care at all. Sure they get really pissed off when we beat their sports team, but other than that they’re pretty happy with life at ND because they chose it. Chances are they don’t have a long list of grievances against BC because they don’t care enough to make one. They have their life, and they’re fine with them. Most of the time I bet they don’t think about the fact that B.C. even exists.

I think a similar thing is going on between NY and LA. Ask any former New Yorker how they feel about their adopted life out west, and they’ll list the things they miss: the bagels, the pizza, the fact that you can walk from bar-to-bar, some of the culture that makes New York so special. Some might say they prefer New York to L.A. for various reasons, but the concept that New York is a place worth living and L.A. is a wasteland of idiots in cars doesn’t really permeate here. In fact, more often than not you’ll hear, “Yeah, New York is amazing, but I could never go back to living there. It’s too packed, too cold, and too expensive.”

They’re not saying L.A. is therefore wholly better or “the best.” Frankly, they don’t think about it all that much. And they’re not nearly as angry about the idea of New York as New Yorkers tend to be about L.A.

So, if you ask me, that’s not much of a rivalry. I used to live in New York, and I loved every minute of it. I still believe New York City is the cultural capital of the universe. But I really love L.A. too. It’s just that now that I live here I don’t feel the need to defend that against everything I left back East.

Maybe that’s because when you know you’re not “the best” there’s no sense in fighting? Or maybe it’s because some people in some places aren’t concerned about whether or not they’re “the best.” They’re more concerned with being happy in their location of choice.