Today Is My 29th Birthday, and I Feel…

Why I haven’t written recently, and what it’s made me realize 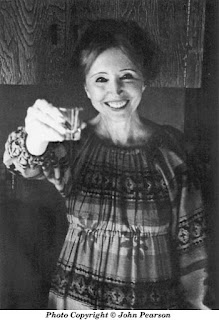 I haven’t posted here in over a week and a half, and I’m mad about it. I’m mad, and I’m disappointed,  and I’m stressed.

I’m mad because I made a personal commitment to writing twice a week, and I haven’t followed through lately. I’m disappointed because I know that as a writer/blogger you’re nothing without your audience, and you lose that audience the minute you become unreliable. And I’m stressed because this isn’t the only writing that I haven’t had time to do. There is a script that needs revision and another that needs to be started, and there are people waiting for both.

After I’m forced to admit that there are dozens of ways to make roughly 1K per month (my car is cheap, and I now live in a small apartment with R), I turn to the issue of “deserving it.” That’s the only way I can explain feeling like I have no “right” – at this age, in this economy, given the numbers stacked against writers – to say, “who cares! I want to do it! Be damned, world!”

I think this particular neurosis stems from the fact that I’ve only ever viewed writing as a hobby/passion that very lucky people get to do after the entire universe has confirmed that they’re allowed to do it. “How exactly does the universe confirm that you’re allowed to be a writer?” R asked. “I’m not sure,” I say, “but I’ll know it when it’s confirmed.” I admit this is a cockamaime theory, when cornered.

People are struggling just to get by, I say. My parents didn’t spend their life savings on my education so I could quit a job, I say. People will think I’m foolish, I say, just another starry-eyed writer in Los Angeles.

From there come the list of my “I’ll do it when” terms, which include but are not limited to:

Except at this point the script is finished, there’s a good indication it’s going to lead to something, and I have 8.5 months of living expenses saved. Regarding the stacking up of freelance work, I have some leads, but it’s hard to focus on them when you’re working the kind of hours I have been this past year.

“What are you really so afraid of?” R asks.

This was last night. It was also the third time in the past six weeks that he’s asked me that question, and I’ve responded with tears. “No, no, no. Don’t cry!” he says, “This should be the most exciting time in your life! You’re finally on the cusp of doing what you’ve planned to do for years. Why do you keep crying about it?”

In my head I start in on the health insurance issue, then the general finance fears, then the “who am I do just up and be a writer?” hang up and then, “I’ll do it when x, y, z details make it wholly clear that this is a 100% safe thing to do.”

Yes, all of those are legitimate factors, in one way or another, but they’re not the real issue.

The real issue is that I’m afraid I’ll fail. I’m afraid I’m not good enough to make it. I’m afraid I don’t know how to be a full-time writer. I’m afraid that my self worth will plummet, and I’ll develop crippling writer’s block, and I’ll end up producing less product that I even do now.

…And then I won’t have full-time work, and everyone will think I’m a fool, and I’ll go into debt, and I’ll have to move back into my parents basement, and I won’t be able to afford health insurance. It’s really very expensive, you know.

And then I say the thing that I always say once the conversation reaches this point: If I’m really honest with myself, I’m more afraid that I’m never going to do it.

A college professor once told me that when you find yourself at a crossroads of confidence, it’s often most helpful to simply say the truths. Don’t get caught up in the “what ifs” and “maybes” and “I don’t knows.” Say the things you absolutely know, and see what path they suggest. So, here goes:

This is a turning point in my life and in my writing, but when I look at those truths, it’s a turn I’ve already made. I am a writer. I have been a writer for years. The only difference between the writer I currently am, and the writer I intend to be very soon is the time I commit to writing. Being a writer is not about how much money you make writing, no matter how much I need that validation to call myself a success. There will come a time when I make nothing, and that’s something I have to get used to. There will also hopefully come a time when I make lots, but that isn’t something I can bank on. Now it’s time to take a leap of faith rooted in a list of truths and backed by the support of lots of people, including all of you.

“And the day came when the risk to remain tight in a bud was more painful than the risk it took to blossom,” Anais Nin said.

I think I’m arriving at that day, and I think I know what I need to do.

I am arriving at that day, and I know what I need to do.

I guess when you think about it, the cost of monthly health insurance is pretty cheap when you weigh it against the cost of never doing the one thing you aspire to do in life.