How To Be 30, According to Kareem Abdul Jabbar, Who I Briefly Knew While In Utero

How To Say Yes To The Dress 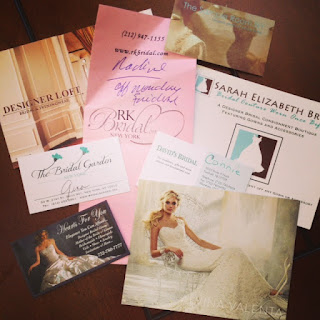 People have tons of advice around proper shopping for the “most important dress you’ll ever wear” (side note: people who say that obviously have no intention of winning an Academy Award). They say, “know what you want, but be prepared to end up with the opposite,” (well then why don’t I just shop for the opposite of what I want?) and, “pick the dress that feels like you…as a bride,” (but I’ve never been a bride…) and my favorite, “you’re going to be looking at pictures of this dress for the rest of your life, so make sure you like how you look in it,” (who, exactly, is purchasing dresses that they think they look bad in?).

I am now pleased slash exhausted to say that I have some wedding dress shopping of my own. Mine comes more in the form of a survival guide – tips for making it through without wanting to elope in a white, satin mini dress.

The Research: You’ll want to start looking for your perfect wedding dress approximately two years before you actually get engaged. I recommend keeping an online file or Pinterest board called something like “Someday…” so you seem like slightly less of a freak. Bottom line, you need to buy a dress approximately nine months before your wedding, so if you have, say, a one year engagement that only leaves you three months for research, and that is two years and nine months too short a time. (Not even I can decide if I’m being sarcastic with the above…)

The Appointment Booking: Wedding salons somehow like brand new restaurants that always stay brand new. In other words, you need to make an appointment a month in advance if you expect to get in. I should preface that by saying that I did my shopping in New Jersey and New York City, the former of which is the most densely populated state in the nation (I think) and the latter of which is New York City.

That said, if you just show up at a place and beg for an appointment because another one of your appointments messed up the time, they’ll totally let you in.

The Supplies: You’re going to want to bring the following supplies with you to each appointment:

The Spectators: First, be prepared for many salons to limit the number of people you bring. I thought it was because they didn’t have a lot of space. I now know that it’s because they’re looking out for your own good, and my spectators were incredibly well behaved.

Prep your team on the kind of responses you’re looking for. Example: “Let me react first, and then let me know what you think,” or, “Only say something if it’s really ugly,” or, “Here are paddles with the number 1-9 on them. Please hold up the corresponding number you feel as you see the dress.”

The Crying: I want to tell you that just because you and your spectators don’t cry the moment you walk out in the perfect dress doesn’t mean you haven’t found the one.

BUT I tried on 70 dresses and there were only tears once, so I don’t know what to tell you…

The Stylists: At every boutique you’ll work with a different stylist who helps get you into and out of your dresses (read: sees you nudey). These people are an amazing cast of characters and worth the shopping experience alone. Here are literally all of mine:

The “Knowing” – Guys, I don’t know.  I was so confused after appointment number seven that I actually fell in love with a dress that made me look like the world’s sexiest Scarlette O’Hara. It was rough. I kept finding dresses that would be perfect for different versions of myself (style schizophrenia is a real issue) and different versions of my wedding (like, this would be perfect if I was getting married at a chic, New York City hotel), but in the end, it was the dress that looked the best on me, and made me feel the most giddy to get married. I felt like I could wear it all day. I also felt like it represented the bride I want to be – sophisticated but fun, traditional but sexy. If you are a man still reading this, I’m sorry.

I’m happy to say that it was all pretty easy in the end – after it was really hard and somewhat frustrating. I am also happy to say that I have no desire to try on wedding dresses again. So, that either means I really found the best dress or that I exhausted myself to the point of shut down.

Either way, I have a WEDDING DRESS. How freaking cool is that?!