Things a 30-year-old Says While Watching the VMA’s 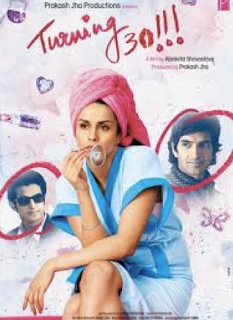 People warned me about the actual 30th birthday day. They said, “it’s weirder than you think,” and, “even if you’re happy, you’re sort of also sad,” and, “I recommend drinking at least one cocktail with each meal during the day.”

I took their warnings seriously, but I didn’t think I’d feel that way. I had a packed day planned, my new hair cut was finally settling in, and that very night I was flying home to the east coast for two weeks of family fun.

So yes, I was cocky about turning 30. I thought I was above it all. I was all, “I feel great!” and, “I’m so fortunate!” and, “I’m exactly where I want to be!” I even threw my secret, special birthday routine (hint: it involved $29.99 and clothes made for children) out the window and wore something old for the day. “Superstitions be damned!” I thought, I’m a GD adult!

Turns out turning 30 is a little weirder than you think, and even though I was really happy, I was also sort of sad, and it did in fact help to consume one alcoholic beverage (or bottle…) per meal. As I said to Michael when he called to wish me a happy and hopefully sane day, “I can’t help but feel like a door is closed now.”

It’s not that there are things I desperately wish I’d done in my 20s. It’s not that I’m afraid of what I now have to do because I’m 30. I actually feel like I have license to do more as a 30-something than I did as a 20-something, creatively speaking at least.

But this major, life-changing, incredibly formative, really fun era of my existence is over. Completely and totally over. I am no longer, “in my 20’s” I can’t use it as an excuse. I can’t use it as a bragging point. It is no longer mine. But I think the thing that makes the very day you turn 30 so strange is that the next phase doesn’t feel like yours either. I didn’t instantly feel like a 30-something – whatever that feels like. So there was this sense of floating in some weird space between what I was or who I identified as, and what I’m going to be now. Does that make sense to those of you who’ve been through those 24 hours?

I spent my 30th birthday doing everything I wanted to do. I took myself to a hotel’s rooftop pool bar where they let you lay out even if you’re not a hotel guest. I have lunch at The Ivy with someone who has known me since the day I was born (and middle-named after her!). I got my make-up done (because why the hell not?). I took myself to see an awesome documentary called 20 Feet From Stardom. It’s about the most famous back-up singers of our time, and it is incredible. And then I ate “all you can eat” mussels (my favorite food) with R on the patio at Meet Me In Paris.

It was perfect, but I was still a little sad, and now that I’ve been through it, I think that’s a good thing. Change is hard no matter what transition you’re making. I think my sadness was a bittersweet sadness – like leaving college because it was so amazing or moving away from a childhood home that you loved. You can’t go back, and that’s a tough reality to deal with.

But the very next day you realize nothing has really changed, and if you’re me, you’re super glad you didn’t get that list minute nose ring in an effort to do something major on your 30th birthday!