I’m an Adult Woman, and I Don’t Call My Mother – Or Anyone – Three Times a Day

Everything I Know About Fantasy Football 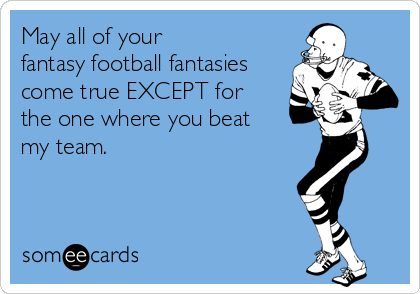 Re-pubbing this 2012 piece in honor of the start to Fantasy Football season. I am proud to say that I am now a minimally engaged player of this pretend game that has me actually stressed. Post to come on my experiences during the season. For now, a bit of history:

Every single year groups of mostly male friends come together around the competition that is fake football on the Internet. Well, I guess it’s more like fake real football? Or maybe it’s more logical to think of it as real fake football? Whatever it is, there’s a freaking TV show about it, on real TV, which makes it cooler than it’s every been.

R – as one example – is engaged in what seems like 15 games, which I believe are termed “leagues.” He has his high school friends, his college friends, his LA friends, his work friends, and then these things called “Suicide Pools” that seem really intense and stressful, but everyone seems to love the most.  I believe he is the “commissioner” of one of his leagues, which seems important even though I don’t have a clue what it entails.

From what I gather, Fantasy Football is the most fun thing in the entire world…for people with a familiarity of every single important player in the entire NFL. R and his friends have these hysterical daily e-mail chains where they talk about their pretend games and make jokes about each other.  They create mass texts when the games are actually being played to communicate around the progress of their fake teams and make jokes about each other. I believe there are drafting parties where they order pizza, drink beer, draft their “picks, ” and makes jokes about each other! It all seems SO TOTALLY AWESOME, and I only understand about 47% of it!!! (sorry, had to) [note from 2016: HAHAHAHAHAHAHA – remember when THAT was the biggest drama with the Presidential election???]

Here – for your entertainment – is that 47% which I believe I understand:

Things I still do not understand about Fantasy Football:

I want a fantasy game that I can play with all my groups of best girlfriends every single year, except I can’t for the life of me figure out what real game we would fake play… There is literally nothing that my people (I can’t say “women” because many women successfully play Fantasy Football), are as committed to as those die-hard fantasy players (aka every man I know). How can I be the next inventor of the next great fantasy franchise?

Or is my time is just better spent studying every single football player currently playing in the NFL? And, if so, who is willing to loan me the NFL player flash cards I know you people study before bed every night… 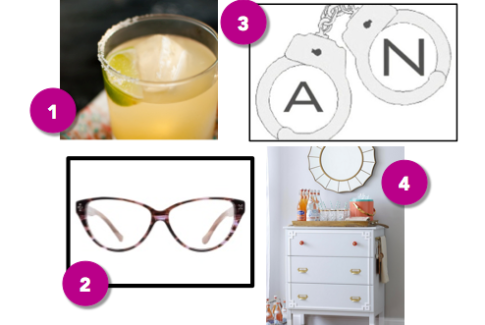