I Thought I Now Hate Coffee, Turns Out I Sometimes Hate Being a Woman 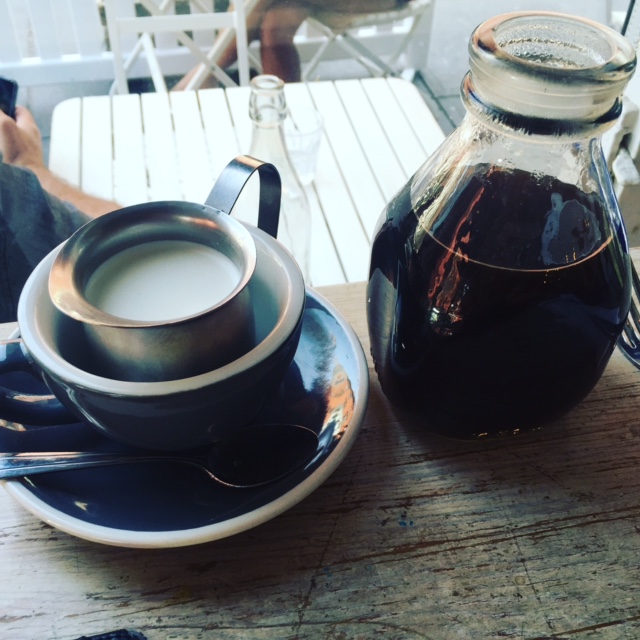 I started drinking coffee when I was 15 years old. That was the summer I got my very first job at Coffee & Cream, the new coffee shop in town where they sold Chai, which was the poke of 1999. You can’t work at a coffee shop without drinking the coffee because A. it’s sort of rude and B. coffee smells so damn good. Even people who don’t drink coffee agree. So I started drinking coffee to be polite, taste that smell and act extremely cool. I had a job. Of course I drank coffee. I have been drinking coffee roughly every single day ever since. One or two cups in the morning (but really 3/4 because I never finish either) and a possible second in the afternoon. That’s almost twenty years of uninterrupted consumption.

Until roughly four weeks ago when I decided that I might hate coffee.

This felt as strange as it sounds. It would be like waking up one day and deciding you hate water. Ugh the taste. So gross. Why do I drink this crap all day every day?? That’s what happened to me with coffee. I suddenly couldn’t get through a single cup. I assumed my taste buds were going through a sort of menopause, much like the time my hair went from insanely curly to pin straight over the course of 10 months from 2011 to 2012. I just don’t like coffee anymore. Times change, people change. Then I got a thought. I say got and not had because this thought didn’t come from me. It came from somewhere outside and landed on my brain. I was sitting with my morning café au lait with soy milk (that’s extremely fancy coffee speak for coffee with steamed soy milk on top) when the thought said:

Coffee is gross like this. This isn’t how I drink my coffee.

Then I remembered (this time I did the brain stuff) that for the first fifteen years of my coffee drinking life I drank my coffee the exactly same way – light and one sweet. I started drinking it that way because it’s how this really fabulous woman who came to Coffee and Cream every Saturday morning to read the New York Times ordered her coffee. Light and one sweet. That’s extremely fancy coffee speak for cream and one sugar. We had the cream and sugar on a wrought iron baker’s wrack for customers to add their own lightness and sweetness, but she always had me do it because she was everything. So I started imitating this suburban unicorn because that’s my style, then I kept drinking coffee that way because it is the most delicious way to drink coffee – in my opinion.   Anyway, one day that I cannot remember I decided that light and sweet was not okay. I almost guarantee that on that day I said to myself or someone else, “Do you have soy? I’m lactose intolerant,” but that’s not true. Yes, if I eat an entire bowl of New England clam chowder or a double scoop of ice cream I will have a little belly ache, but a finger of cream will do nothing to me (a finger of cream is a fancy phrase I made up to artfully suggest a unit of cream visually comparable to a unit of whiskey. You are welcome to use it).   Anyway again, what I’m sure I really meant by “I’m lactose intolerant” is “cream will make me fat.” I’m sure I read that somewhere. I’ve done Weight Watchers a few times. I can’t remember but I’m sure cream is more points than not cream, and because I like to be a very strict follower of all rules, especially when it comes to rules that make you so skinny, I stopped drinking cream. I, like I’ve come to realize 99% of woman, am almost always not happy with my body. At some point my brain got re-wired by the media + peers + family + that time I worked for Fashion Police to believe that as skinny as possible is my ideal look.

And silly as it seems (unless you’re inside this 99%), a little cream in your coffee becomes part of the daily equation of be as skinny as possible.

But is one finger of cream really making me fat? First, I hate that word so please stop using it. Next, maybe – I have no idea. The effort it would take to figure out what exact parts of my diet and exercise combo contribute to weight gain and loss over a given day/week/month/year will never be known because I will never do it. And finally, I love coffee with cream and one sugar enough to carry X ounces of weight on my body for the rest of my life. That weight will be worth it. I drink coffee consistently more than I will, say, wear a two-piece bathing suit. Ergo coffee wins.   So then the only question I’m left with is, how did this happen? How did I go from loving coffee like I love coffee, to contentedly but less blissfully drinking coffee like I don’t love coffee, to deciding that I hate coffee, to realizing why I hate coffee, to saying fuck it – back to cream and one sugar? (I know that is a run-on sentence but I don’t know how to say it differently. Comments welcome!).

I think the answer is: I grew up.

We grow up a little bit all the time. A few months ago I got rid of a ton of clothes that are really so cute but totally impractical. Every time I looked at them I thought ugh those clothes are the life I’m not living. Then one day I realized that I like the life I’m living a lot more than I like the idea of wearing those clothes I never wear so I donated them to Good Will. That, too, was a little moment of growing up. I think it starts as a thought we’ve had many times before ­– looking at these clothes is taking up weird brain space or I wish this coffee had cream and one sugar in it. But at the moment upon which we grow up a little bit we have a new next thought which is – and now I will change that. I love growing up. (note: you could call it evolving if “growing up” makes you feel old) It feels so magical but also so easy, and it makes me believe I will grow up in lots of very fabulous and helpful ways in the future. Not that there could be anything more fabulous than drinking a coffee with cream and one sugar, I now know, again. The other day the barista at my favorite place – Nigel – asked why I decided to switch from my soy au lait to my cream and one sweet (a term I had to explain to him because people in LA don’t say slash drink light and sweet). I told him that I realized I like it better that way. Then he started to tell me that it’s smart because drinking a bit of cream in the morning starts your metabolism off on a strong start, giving you a –. I cut him off there. I don’t want to know anything about how my coffee relates to my metabolism. I like myself liking my coffee like I like it too much for that. 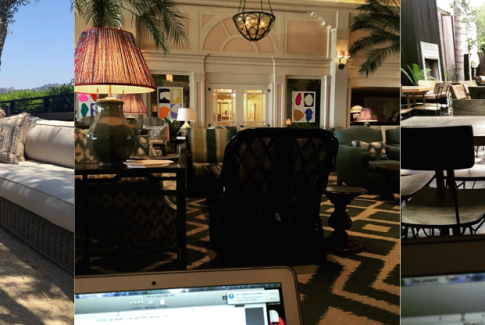