This Blog In Voice Form: My Segment on Fortnight on the Internets Podcast

What Writing Freelance Fashion Articles Has Done To My Brain 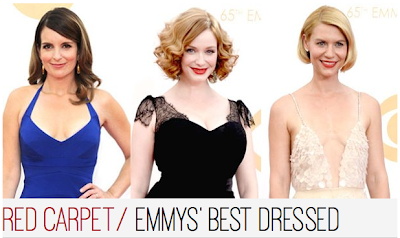 Like many writers of blogs and would-be TV shows, I too have a freelance writing gig. Mine is writing fashion reviews for an entertainment website. These are not to be confused with fashion culture pieces for the Sunday Styles section. My hard-hitting investigations have titles like, “Rack Report! Taylor Swift Showcases Some Unexpected Side-Boob!” And no, that’s not a fake example.

My not-so-secret secret is that I love this freelance gig (which I’ve decided to keep under wraps because I’ve always made it a point to keep my employers off this blog. Also, I write under a nome de plume – because how cool is that?! – so it wouldn’t matter anyway). I am paid to wake up every morning and troll the Internet for pictures of celebrities wearing gorgeous, super expensive clothes that I then get to pass judgement on in 200 word articles as if I a. know what I’m talking about and b. don’t shop exclusively at Marshalls! If that’s not the American dream then I don’t know what is.

That said I’ve noticed that this moonlighting in the morning (I work from 8am to 1pm) has had some bizarre effects on my brain. It doesn’t function exactly as it did prior when it comes to the topic of fame and fashion.  And not only is it affecting my daily life, but it’s also creeping into my writing outside this writing! Here are some examples:

Like I said – things are super weird, but on the bright side I can now pronounce Givenchy with flawless execution and have developed a list of at least 1/2 a dozen things that rhyme with fashion (passion, crashin’, cashin’, lastin’ – slant rhyme but still…).