Why I Did My Daily Free Writing Once In Four Days 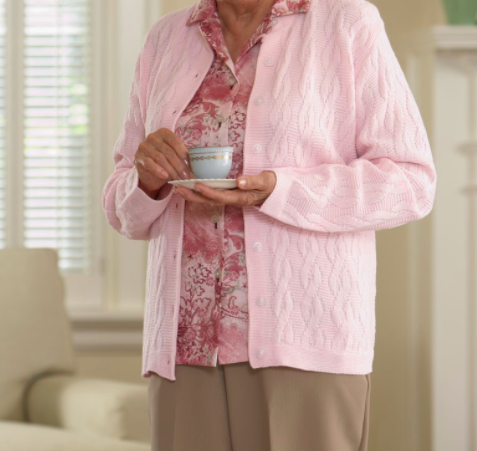 I wrote this little story during my free write yesterday. More on how free writes are going, but I liked this enough to post it. No idea what it really is or where it’s really going, which is probably the biggest success of my whole free writing experiment.

Evelyn was already awake when her alarm went off at its everyday hour, 5:45am. She couldn’t sleep, again. She wondered how long she wouldn’t be able to sleep this time.

The thought occurred to her to not get out of bed. This was a day she could certainly stand to skip, but the coffee was already brewing on that fancy machine the New Jersey cousins had given her for Christmas and she didn’t want good coffee to go to waste.

So Evelyn head into the kitchen to make her everyday breakfast of a soft-boiled egg on a piece of white toast then brought it to the table in the screened front porch for her everyday chat with Jesus.

Typically Evelyn would finish her meal and open the front door to grab the newspaper. But today she would not. She knew what would be on the front page, and she didn’t want to see it. Instead she did what comes next, put on her everyday outfit: khaki slacks, a crisp white button down and one of the soft, wool cardigans she’d knit over the years. Today she would wear the pink with the pale pink buttons, Grace’s favorite.

Evelyn stood in front of the dresser mirror to add on her everyday jewelry: Mom’s St. Catherine medal over her blouse, Danny’s dog tags underneath, a gold cuff bracelet with Grace’s newborn footprint engraved, and her 80th birthday earrings from Jeanie and Bill. When she was finished, she smoothed her cardigan down so it fell just right over her slacks and grabbed her pocketbook to go.

It was $5.55 to the doctor.  Evelyn had her daughter teach her how to use the Uber after she heard the grandkids talking about it. She said it was for emergencies – what if I run out of eggs for my breakfast and you’re not around to drive me? – so Janie agreed. For the past six months, Evelyn had been free – free to go walk around the Lord & Taylor whenever she wanted, free to go buy a Klondike bar at the Stop & Shop to eat while she watched that This Is Us, free to go visit her Danny and her Grace whenever they called. And, today, free to hear what Dr. Jackson had to say without anyone else in the room.

“Hello, Ahmed. How do you do and are you an excellent driver?” Evelyn said as she sat down into the white Toyota Camry that had come to pick her up.

Evelyn decided she would not talk to this one. He had on some rap type music she didn’t quite care for, which was his right, of course. Instead, she would watch the trees go by the window with her glasses off like she was a little girl again. Evelyn had needed glasses since she was five, the eye doctor determined, but she hadn’t mentioned a word about the world being blurry until she was ten. She’d thought that’s how it was supposed to look. Sometimes she still thought it looked better that way.

“Come sit with me Evelyn,” Dr. Jackson said. He’d come to retrieve her from the waiting room himself. He’d never done that before.

They walked past all the examination rooms to an office that Evelyn hadn’t known existed. Ten years coming to Doctor Jackson’s office and she’d never seen his actual desk. It was an old but perfectly kept antique mahogany desk and it further confirmed what Evelyn already knew: Dr. Jackson was a very good man.

“How are you feeling, Evelyn?” Dr. Jackson said.

“As well as can be expected given the circumstances,” she said.

Dr. Jackson nodded. He didn’t want to say the same thing she didn’t want to say. Like her, he’d been too close to it before. Even the oncologists went to the hospital when it happened here. They showed up in the emergency room and said, “Put us to work,” the newspaper reported. Janie had seen Dr. Jackson there that day. It was only three days after they’d first met him, at Evelyn’s first appointment.

“This will keep happening,” Dr. Jackson said, mostly to himself. There was a double sadness in his eyes. Evelyn knew why.

“Evelyn I have good news and I have bad news for you today,” Doctor Jackson said, “which would you like first?”

Dr. Jackson shook his head and chuckled. “No one ever says that…”

“That’s foolish. You need the good news to help you through the bad.”

Dr. Jackson took a deep breath. “The good news is that you’re done with treatments. No more chemo. No more radiation. No more trips to the clinic all the way on the other side of town.”

“There’s nothing more I can do to help you,” Dr. Jackson said. “That’s the bad news.

Evelyn nodded. She’d been right about the double sadness.

“And how long until I’m too sick to do the things I do?”

“You’re strong. You should be ok until very close to the end.”

Evelyn stood and smoothed her cardigan down so it fell just right over her slacks.

Evelyn to gave a quick check down to her watch after she said that word. 10:32. Eight minutes until her maybe angel.

“Hello, Daniel. How do you do and are you an excellent driver?” Evelyn said as she sat down into the black Nissan Sentra that had come to pick her up outside Dr. Jackson’s office.

“Well…yeah… But I go too fast sometimes. Do you still want to get in?”

Evelyn would talk to this one, she decided.

“Where are you originally from?” Evelyn asked Daniel. He was dark-skinned and had kinky hair. Evelyn thought she heard an accent, but she didn’t know enough about the world to guess where it was from.

“Because my mother says people here think Persia is interesting and Iran is bad.”

Evelyn nodded. That made sense. “And are lots of people named Daniel in Persia?”

“No. My real name is Darioush, but my mother let me pick an American name when we moved here, and I picked Daniel.”

Daniel paused. “It’s silly. It’s for Danny Ocean, from Ocean’s 11. I love that movie so much. I learned how to speak English watching it over and over and over again. Do you know it?”

“Yes. I know it. My husband’s name was Daniel but everyone called him Danny, and that movie was his all-time favorite, too. He used to tell our granddaughter that it was based on his true life.”

“Yes. She believed everything he said. Six years olds are perfect like that.”

Daniel smiled at Evelyn through the rearview mirror. “Would you like to listen to some music?” he asked.

Daniel pressed a button on the dashboard. A man’s deep radio voice blared through the speakers.

58 dead and 500+ injured. The largest mass shooting in United States history. The 273rd mass shooting of 2017. Once again, accomplished with the use of an assault rifle. Once again, Americans are left shocked and terrorized. Once again, politicians are offering thoughts and prayers. Some are calling for common sense gun laws. Others are saying it is too soon to make this political. But on a personal note, I’ve been struck by dozens and dozens of Tweets and posts all saying the same thing: If nothing happened after Newtown, nothing will happen now.

Daniel turned off the radio, but it was too late. That man said the word.

Evelyn felt her whole body get hot and her breath get short. She started counting down from ten to one like they’d taught her and Janie and Janie’s husband Bill in the seminars. It didn’t work. Her chest tightened. She gripped the handle of the door.

“Danny Ocean and his guys would fix this,” he said.

His words snapped Evelyn out of her shock.

“I don’t know,” Daniel replied, “But Danny Ocean would say enough. No more. Not one more. And he would find a way. He’s clever that way. Nothing in the government is working, so I think we need a hero like that. I thought this country was supposed to be full of them.”

It was exactly, almost to the word, what Evelyn knew her Danny would have said.

“I’d like to make a change to my destination. Can you take me to St. Anselm’s Cemetery. My Danny is buried there, and so is my granddaughter, Grace. She was killed at Sandy Hook.”

Grace’s plot was right next to Danny’s – in the spot Evelyn had purchased for herself. There wasn’t an area ready for Grace because six-year-olds aren’t supposed to die. St. Anselm’s offered the family something up on the hill, near the pretty grove of apple trees. They were trying to do something special, but Evelyn, Janie and Bill agreed, Grace should be next to her Poppa. When it came time for Evelyn to go they’d figure something out.

Daniel drove his car right up to the plot.

“Does the Uber have a way for that?” Evelyn asked.

Evelyn got out of the car and walked over to the headstones. She picked a few weeds out of the pot she and Janie had filled with bleeding hearts back in the spring. She re lined-up the little stones that Bill had left behind from his visits. Then she ran her fingers along the two names and two dates:

Evelyn sat down on the stone bench they’d installed for visits like these.

“Well, it turns out I might be joining you two sooner than I thought. Danny, you better shave those unruly sideburns that I know you’ve been growing for the past decade plus and throw away every last bottle of Coca-Cola that I know you have in your fridge. Tell everyone that when I get there we’re having a dance party. I want only the fast Sinatra songs and everything Patsy Cline ever sang. And Gracie, get the Barbies ready for Nana. We are going to play every day until the sun goes down, if the sun goes down up there.”

Evelyn stopped to think for a moment. She looked back over to Daniel who was already looking back at her. He motioned to his jacket, wondering if maybe Evelyn was cold. She smiled a no thank you then turned back. She’d come to a decision.

“But, you two, there’s a chance I won’t make it to your neck of the woods. No need to be alarmed yet, I just want you to be prepared in case he sends me down to the you-know-where. And I won’t blame him. Rules are rules. Bad is bad. If that’s what’s what, I’ll be fine. It will all be worth it. Because I know that you know what happened down here in Las Vegas. And I know you agree: we cannot have another one of these worst days. I won’t allow it.”

Evelyn felt her heart start to race again. She didn’t want to get upset in front of Danny or Grace. Heroes don’t do things like that.

“Okay you two,” she said, “Be good. Danny, take your pills. Gracie, brush your teeth. 60 seconds. Count it out. I love you both very much.”

Then she kissed her fingers, touched the tops of their stones and walked back to Daniel’s car.

“Like Danny Ocean would,” Evelyn said. And then she smoothed her cardigan so that it lay smooth against her slacks and she got into the back of the car.