Why You Should Start a Blog, and Keep it for 10 Years

Thank You and Goodbye…For Now 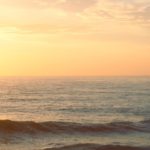 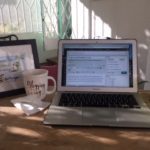 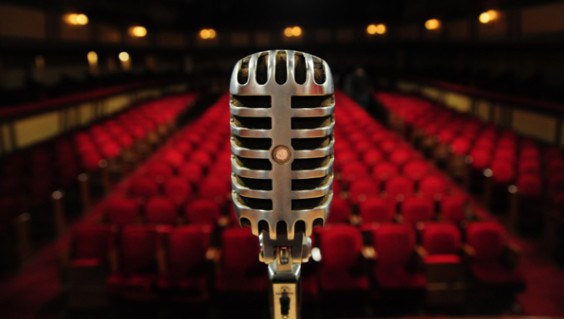 I started this blog for three reasons:

1.Because Pierson told me to start this blog. We were gchatting and emailing to no end about all the confusions of post-college life and he said, we should start a blog. For the record I said, I don’t know if that’s a good idea… And then a day later, But if we’re starting this blog then it has to be called 20-Nothings.

2.Because I loved to write and wanted to be a writer. I don’t know when that dream formally materialized into a life plan. If you ask my parents they’ll say that I was a writer from a very young age, but I did not go around dressing up as a writer for career day (which is good because my current uniform is a terrycloth robe). In college, I started to consider the idea of writing as a career, but I didn’t really know what that meant (journalist? essayest? Nora Ephronist?) until years after I started writing the blog. And yet…

And a blogger is a very specific kind of writer.

Yes, a blogger writes, but blogging is about an audience. You write for consumption. You write for clicks. You write to cut through the clutter with the hopes that some bigger outlet will see your work and give you more work, that pays. It is your job to grow and maintain readership. That means reading dozens of other blogs and sites and writers to make sure you’re differentiating, providing a unique perspective. It means staying topical. It means getting personal. At the same time, you have to make sure everything you’re writing is presented in a clear and well-defined voice. It has to sound like you and only you, and that sound has to be attractive. It has to be great. Because people have far more important things to do than read your blog post about how to build a palette garden without killing your husband. You have to make them want to stop and spend time with you and your words. You have to make them want to be your friend. And in this day-and-age, you have to make sure they translate that desire into following you on social media. Today, followers are proof that you’re worth that Marie Claire column.

That is how you become a successful blogger. And don’t get the long list wrong, it is a thrilling endeavor. Or, it was a totally thrilling endeavor for me. Not only did I love writing from that place, with that challenge, but it worked. It got me noticed. It translated to opportunities and pay. And most importantly, it led me to my voice as a writer.

So then why am I stopping?

It’s a question I’ve asked myself too many times over the past few weeks. But I think I kept asking because I couldn’t come up with a good enough reason.

Turns out the answer is, done being a blogger.

Last week I made a list of all the things I want to write. The list was long. It included some TV projects, some films, another novel, a possible memoir or two. The ideas are too personal to share right now, which was a clue in and of itself.

But the list did not include a Marie Claire column or taking over Ask E. Jean. In fact, it didn’t include consumable, clickable essays of any kind.

For some people blogging and writing are the exact same thing. They’re able to be just as raw in all of their work. Lindy West is that kind of writer. She has found the bravery to write in a totally captivating way without giving a shit whether or not she’s captivating you. I believe Lindy writes for herself, not her audience. I also believe that’s why she has such a large and loyal audience.

Was it always like that for her? Was this her in-going goal? Is it her current feeling?

I don’t know, but I know that I’m in a different place.

I’ve written with the idea of “you” liking it aka me for so long that it’s very hard for me to get anything down on the page without “you” in the back of my mind.

No offense. You have been wonderful. You are the reason I have a career. But you are not me, and that’s becoming a little tricky for me (and I guess you, too, if you’re sad this blog is ending).

What would I write if I didn’t care who was reading? What do I really want to say?

Almost a year ago I finally did just that. I wrote a TV pilot driven by frustration and anger. It started as a weird dream that I couldn’t get out of my mind. It turned out to be a fantasy comedy about Hillary Clinton losing the election and refusing to concede. I wrote it for myself. It was the only thing I could get out after the election. I sent it to my managers with the hopes that it would make them laugh…and keep laughing until I finished the actual TV pilot sample I was supposed to be writing. They said it was the best thing I’d ever written. One month later it sold. That company bought my pilot and four additional episodes, my first major original sale. Fueled by that feeling, I wrote a TV pitch that led to my most successful broadcast development season yet and, ultimately, my first pitch sale.

It felt very different for me to write that material than it does for me to blog.

Right now – I’ve finally realized – there is a difference between being a blogger and being a writer. That’s just the person I am, the path I’m on. So I’ve spent the past ten years figuring out the former. Now I’m going to spend some time working on the latter.

That’s why I’m stopping. I know because it’s finally an answer I fully believe. It’s an answer that makes me proud.

But if all goes well, I’ll land in a place where there is no difference between writing for you and writing for me.

And if I know myself, when that happens, I’ll be back.