Guest Writer: How to Flirt Like a Gay Man: Focus!

Others said – hell yeah I want to know 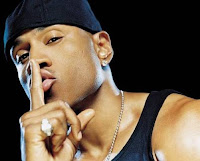 As promised, the first in a series of follows-ups from the halvsies post last week. Thank you for your patience Greenberg.

I reached out to 10 guys and 10 girls on the issue of whether or not to share your sex number with your significant number. Exactly half of the people (who responded….) reported that they strictly follow the Don’t Ask/Don’t Tell policy. Here are a few of their rationales:

26, in a serious committed relationship.

I do not want to know, nor will I ask my girlfriend about how many people she has slept with. It doesn’t really matter. It’s not something I can control, and it could potentially, for no reason, affect the way I look at her because without meaning to we all set expectations for the person we’re dating. If the number is big, what am I supposed to do about it? And if it’s miniscule, unless she is self-conscious about it, I have trouble seeing how it will help the relationship or my state of mind to know. If she wanted to talk about it, then I wouldn’t challenge her desire to tell me, but it would never be something I’d ask for.

Plus, I do not have a list or a number myself. I neither am ashamed nor proud of having slept with a certain number of people. Each is an individual case/circumstance, so to be able to judge something by simply a number would be… unfair, I guess is the best way to put it. If the girl I was dating was healthy, faithful, and had slept with 500 people, what does that say about her? I don’t have an answer.

I make it a policy never to ask that question. In fact, I’d go so far as to include “never discuss how many sexual partners either party has had in the past” as one of my relationship 10 commandments. I’d probably place it pretty high on the list.

Reasoning, in the form of bullets:

First and foremost, what is there to gain from this? You gain a little insight into your partner’s sexual history. I suppose that’s useful in the sense that it probably indicates something about what type of person he is, but I think there are much better and less stressful ways to glean a person’s sexual philosophy and certainly better ways to figure out what type of person he is.

What if the number is (much) higher than yours? Then maybe you feel inadequate. Maybe you feel threatened by that. Maybe you think he/she’s a manwhore/slut. If you like everything else about the person, why risk marring it with something that *probably* isn’t all that consequential (I’m making the assumption here that, while you probably make judgments about people based on sexual history, etc., it’s probably not really part of your fundamental value system – i.e., a deal breaker. Maybe it is though…)

What if the number is (much) lower than yours? Now maybe you feel self conscious about your own promiscuity. Maybe now you worry that the other person will eventually drop you because they want to experiment more.

(Those last two bullets probably scream “INSECURITY HERE!” but I think in terms of this particular topic, everyone is a little insecure.)

We often say that there are certain things you really can’t take back, so you should be careful what you say to people. I think this is a similar situation. You can’t un-ring this bell. Once you know each other’s numbers, you have to deal with the consequences.

Also – In the case that you were friends with the person before you were dating, you probably know a decent amount about his sexual history. So if you find out the exact number and it’s a couple off from where you thought it was, you’ll kill yourself wondering who the others are (at least you will if you’re obsessive like me). Or if it’s *much* higher, you’ll be weirded out that this person was keeping so many secrets from you.

As I said, I make it a rule never to ask, and I also make it a rule never to tell. My fiancé has actually tried to bring it up before, and I’ve always said “I don’t think it would be good for our relationship to discuss it. I don’t know anything about your sexual history (other than obvious boyfriends) and you don’t know anything about mine (other than obvious girlfriends). Why don’t we just keep it that way and enjoy our own sexual relationship and never have to worry about thinking about this stuff?”

That being said, if she *really* pushed for it, I would tell her. But I still wouldn’t want to know.

No, because I wouldn’t want her to ask me. Then I have to lie to make myself not seem like a douche 🙂

You’d think the don’t ask don’t tell policy would be put in place because “who cares” but much like the actual version — it’s because they do — very much. They’re uncertain about what meaning their partner’s sex number holds, but acknowledge that that meaning, while not founded in logic or really anything concrete, holds the power to unnecessarily affect the relationship. Don’t ask don’t tell is both a preventative measure and a trust issue. It’s saying, I don’t want something we can’t control and don’t really know how to appropriately value come between us and also, I trust that you want to be with me and that our sexual relationship is now the only one that matters.

Of course to some people omissions are more problematic than truths, for a lot of reasons.

Their rationale’s on Wednesday. Tomorrow – one very candid convo between two people trying to make sense of this issue.