Romance in a time of technology

Sometimes it’s best to just keep hooking up with your ex. 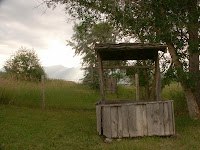 I’ve started encouraging friends to keep hooking up with their exes.  Like when a friend comes to me and says, “ugh it’s such a disaster, and I don’t know what I want, but we just keep hooking up…”  I say, “I think you should just keep doing it then.”

It’s a sharp right turn from my previous position that the only way to effectively break up is cold turkey – part of my “tough love is true love” philosophy.  I maintain that position for people who can do it, but some people in some relationships absolutely cannot effect the cut ties break-up.  They need to “stay friends” or “keep in contact” or “see where things go.”  Is it really over? Maybe.  Maybe not.  Should it really be over? Probably.  The point is, the person doesn’t have the will power for the cold turkey thing.  When that’s the case I say, “okay, so keep hooking up.”
This tends to startle people.
The convo tends to end there because people realize I’m just going to keep saying what I’m saying.
If you keep hooking up with your ex something will happen.  You’ll decide you should just be back together and will get back together.  You’ll get furious that this is going on without a legit relationship, have a blow-up fight, and break up for good.  You’ll meet someone else while it’s still going on, like that person better, and end it with the ex.  The ex will get tired of the drama and break up with you, again…  I don’t know which it will be, but something will happen.  I tend to think whatever happens will result in something more awkward, sad, painful, destructive than if you had just quit cold-turkey, but that’s just me.
The crux of my new-found advice is this: you can stop hooking up with your ex.  Anyone and everyone can.  If you don’t want to stop hooking up with your ex that’s a different story.  And if that’s the story I say keep doing it until something or someone makes you want to stop or just makes you stop – want unconsidered…
*it’s an old well – as in the thing you can’t stop dipping into.