What we regret most in life, and why the answer is actually great news

An open letter to this year’s high school seniors

The fear and affection connection. 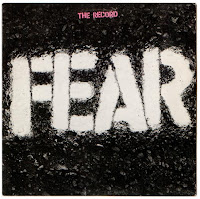 I have a very short list of very grave fears:

Most people dislike throwing up. Some people really hate throwing up. I am downright afraid of it. I have recurring nightmares about doing it. In a game of “Would you Rather” there is an insane list of items I’d “rather”. Like, I think I’m going to somehow forget to do it, do it wrong, and die.

When I was a little girl and one of my sisters got a stomach virus I would have to be shipped off to stay with my grandparents because I’d freak out to the point of total tantrum. I can, with very little thinking, tell you exactly how many times I’ve thrown up, where each instance happened, and why.

So you can imagine my level of panic when around 2pm this past Monday in the middle of a full team brainstorm I started to feel that funky feeling. It bears mentioning that I am the only woman on a team of seven men. Also, I carpooled with R to work that day so I was stranded at my office, totally reliant upon him to pick me up in the event of disaster. Oh, and I’d eaten a massive meal the night before. Nailed it.

Now because I am so deathly afraid of throwing up, I’m also very adept at preventing it from happening. There are times when you simply cannot will yourself out of puking, but in many instances it can be avoided by sheer mental force and a sort of Lamaze-style breathing process.

Luckily this was one of those times. Yes, I had what could not be mistaken for a nasty stomach bug, but as of 3pm on Monday it was limited to stomach bug activities outside of vomiting thanks to my jedi anti-vomiting mind games. I deep-breathed my way out of the vom-zone, 911’ed R at his office, and traveled home with plastic baggie in hand, window open.

As I sad there in R’s car, him tenderly holding my hand and telling me it was all going to be alright, the thought that kept creeping into my one-track mind was, “what if R catches this bug and isn’t strong enough to resist the vom?? I might be around him when he voms and that will surely be the end of us!! plus his attitude about vom-ing in general will only foreshadow all the future vomit-related activities in our unforeseen future together!!!! He cannot get sick. Cannot! But, if he does, I cannot in by any circumstances be around it!! CanNOT”

There is an ounce of compassion in there. It’s just hiding under wildly selfish neurosis.

After 6 whole days I was sure we were in the clear. I was better. R remained fine, and life went on with my throw-up number safely where it has been since I drank 16 Cold Ass Bears at Wildwood BBQ in NYC and threw up in the stall of my then office at 1:30pm the next day.

And then came day 7 – one full week after my own 24-hours of hell. R caught the bug.

I should mention that this was not my first experience with R and the act of throwing up. Early on in our relationship he had a terrible flu that included several vom sessions. I was, in fact, at his apartment just moments prior to one of those sessions, but R insisted I take a walk around the block because of his, “bombastic” vomiting technique. I did the equivalent of pretending I’m actually going to pay for half the check when the menu comes. “Nooo, pleeaaseee. It’s fiiiine. I’ll stay right here. I can handle it.” Then he protested once more, and I ran out the door.

See, R is not afraid of vomiting. I would actually go so far as to say he enjoys it. He’s one of those people who can talk himself into throwing up when he doesn’t feel well just to get all the yuck out of his system. “You’ve gotta Jess,” he told me when I was feeling sick seven days prior, “You’ll feel so much better.”

I know. It’s borderline more outrageous than my trying to date a Republican.

So it becomes clear just after we get back to his place following a decadent dinner with his aunt and uncle that R is indeed sick and inevitably going to toss his cookies. And by toss I mean hurl them out with a fury that is animal in nature.

Now here’s where I redeem myself while finally proving the point of this post.

While there was a little selfish devil on the far corner of my shoulder saying, “run Jessie, run! Get out while you can! Not only will you have to witness R vomiting but you could re-catch a more violent strain of this same bug and end up on the bathroom floor yourself!!” what came out of my mouth was some crazy shit along the lines of, “do you want me to come in with you?” and, “I won’t leave until I’m sure you’re okay.”

I don’t know what the hell came over me. I may or may not have offered to clean the bathroom after R was sick because I wanted him to get in bed and rest. Clean someone elses’ bathroom of someone elses’ puke!! I once refused to use our downstairs bathroom for weeks after my sister Dani threw up in it when we were little because I was convinced I’d catch the virus just from being inside the bathroom. Now I was offering a post-puke hug to a man whose germs I kiss with my mouth. And, I mean, this kid throws up. Like, from the depths of his soul. Like, right before he went in to do the deed he took off his shirt and said, “okay, it’s happening!”

On second thought, a Republican would be cake.

I’m not saying I’m cured of my vomiting phobia. If, god forbid, I get this virus back in a stronger strain and find myself on the floor of my office’s communal bathroom again I will be just as terrified as I was a week ago.

What I’m saying is that when you really care about someone you can overcome some pretty outrageous obstacles for the sake of their comfort. I was actually willing to get dangerously close to vomit just to make sure R knew I was there to help him and make him feel better. It may be the single greatest sacrifice I’ve made for an adult relationship.