I Now Know The Meaning of “Wedding Brain”

Big News: College Kids Are Totally Over Hooking Up 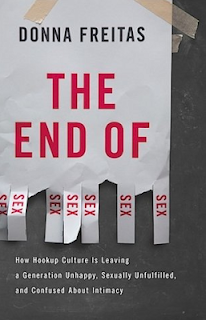 College kids are “sort of” totally over hooking up. It’s kinda like how they feel about Vera Bradley bags. It’s like, “enough already,” but also they’re pretty reliable and everyone has one, so…

This topic came up thanks to an article Chicago reader Laura sent my way (thanks LL!).

Why College Students Don’t Like Hooking Up As Much As You Think
I hadn’t really thought about it for awhile, so I didn’t know how much I thought they did or didn’t like it. Luckily Donna Frietas has been thinking about essentially just that for the past I-don’t-know-how-many years because she wrote a whole book about the issue. It’s called The End of Sex – which is a little misleading because it’s actually about how the prevalence of casual sex has left a generation, “unhappy, sexually unfulfilled, and confused about intimacy. So really she should have called it The End of Good Sex, but probably nobody buys that book, right?
Here are the greatest highlights from this pretty great article:

So now what? I don’t know. Sadly with issues like these it usually takes a tragedy (date rape?) or wide-spread problem (AIDS spread?) for institutions to get involved with education. For my part, I have younger sisters still in college – maybe you do too? I think I’ll tell them that I hooked up very little in college and was very happy and fulfilled. After college I hooked up a bit more, and it wasn’t very romantic or fulfilling. To each their own, of course, but college students should know that they have options, and that what makes them most comfortable is always the best of those options.

From the sounds of this article, they’ve lost sight of that fact...