Big News: College Kids Are Totally Over Hooking Up 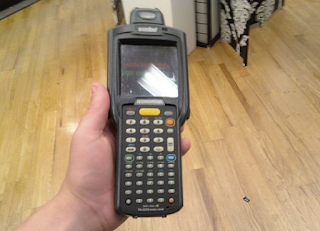 Add to that the fact that shopping is among the things I do best in life – wrapped baked brie in the shape of things, give dating advice I’m unqualified to give, write the dialogue of sassy gay men and shop – but shopping is top among that impressive list of very necessary life skills.

Registering is just shopping on a more awesome, exciting, life-changing scale, I thought. You’re not searching for an outfit to wear to some lame event, you’re on a mission to discover a dish pattern that you and your future husband will use to eat all the meals of your life! This isn’t some quick trip to the Payless to pick up Christian Siriano’s latest dirt cheap design; this is a day-long venture to select the items that will make your future house a home!

I was going to kill it at registering. I was going to be as swift and decisive as I was thoughtful and team oriented. I was going to make sure R’s desires for the stuff of our life were as equally represented as mine. I was going to shoot that red laser at the bar code and hit it on the first time, every time!

Except for one little issue…

I suck at registering.

Not, like, I couldn’t get the red laser beam to hit the right part of the very tiny black bar code (though I couldn’t do that either. literally not once). I mean I am very bad at the entire act of selecting items that will serve as wedding gifts. So bad, in fact, that I have handed over the task of registry selection and management to R. I’m taking on more of a consulting role. It’s the most I can handle, and it’s touch and go at that.

This shocking turn of events all started at the Crate&Barrel on Beverly Drive around 3pm Saturday afternoon. I was all dressed up in my registering outfit (pleated salmon skirt and pale blue striped button-down, tied at the waist), and rearing to go. We had just completed the research portion of our trip and were now firmly and jointly decided on C&B as destination number one.

“Can I help you?” the nice-looking blonde lady asked me as I bounded toward her with a look that I intended to say, “we’re here to REGISTER!!!” but probably said, “Look out! I’m about to hug you so hard!!!”

Disappointment #1 – there is no “congrats, you’re registering!” gift, which I really still can’t believe. I mean, we’re committing to advertise the look and feel of the products in your store for the rest of our lives, and you don’t have a glass of chilled champagne on the ready?

Disappointment #2 – they walk you over to an in-store kiosk and let you do it yourself. It’s a 15 second process, and they don’t even wait around to watch you do it. At first I thought that’s because they were going to get the champagne, but you know how that turned out.

Now I am certain of very few things in life, but my sense of style is something I’ve known since the day I was old enough to dress myself (read: one and a half). Yes, that style has exhibited mostly in the form of clothing, shoes and accessories, but what is kitchenware if not the accessories of the kitchen? Yes, these items would serve a function, but selecting them would be like creating one giant outfit…that R and I would collectively wear…for the rest of our lives together…

That very deep, very overwhelming realization occurred to me just as we approached the large pasta bowls section of the store.

“Okay, so something durable and white, right?” R said as he practiced scanning bar codes and nailing it on the first time every single time.

“Um…I….well….yes?” I said.
“I like this one. Do you like this one?”
“Um…I…well…yes?” I said, as I backed slowly away from the bowl.
“Good. Do you want to scan the first thing?”
“No…I…well…no,” I said, as I turned in the other direction and froze in place staring directly
at the giant glass jugs for water section (because they have one of those).
“Are you freezing up?” R said.

Freezing up is something I do when faced with a decision that I am not prepared to make, generally one involving money. For example I frequently freeze up when R wants to book super expensive airlines tickets four months in advance of a flight. I’d rather just hold out and hope there are super cheap airlines tickets, say, three days before we need to fly.

“I am,” I said. “I am freezing up…So many decisions to make…and things are so expensive…and what if we don’t like the plates in a few years…and should everything be stainless steal or ceramic white…or both?!”

Two hours later we walked out of the Crate&Barrel with a six page print-out of the items that will define our life, though I’m supposed to stop calling them that.

I survived the experience but I would not say I quite “killed it.” I would say it came close to killing me, but that would be over dramatic, and I swore I wouldn’t be one of those over dramatic brides…publicly.

Turns out my training in quantity versus quality purchasing over the years does not make me an expert in the art of registering. I’m more an expert in the art of buying a $20 birthday dress from Forever21 on sale for $14.99. Then when that dress falls apart six months later I buy another one in a totally different style because by that point neon is in and empire waists are out. They don’t make La Creuset in neon, which is good because I’m already having a hard enough time deciding if I want the red or the yellow (yellow, right?). I think I’ll end up letting R decide. Turns out he’s amazing at registering. Which I guess makes sense given the fact that he spends legitimate money on legitimate clothing items once every few years. I now know that he’s been secretly training to register for wedding gifts with that move…

So, fine. R can have this round. I am happily settled in my consulting role (which sort of goes, “okay let’s register for that then I’ll think about it for the next several months, change it twice and ultimately return it for something else). But if it turns out he’s better at making DIY centerpieces than I am, I’m calling this whole thing off.