How Long Can You Wait To Have A Baby?

The Older The Age, The Shorter The Time Before You’re Engaged? 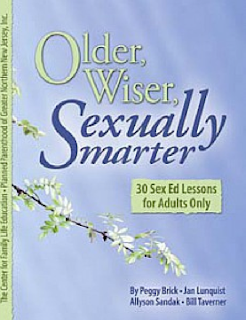 A former colleague of mine recently got engaged. She and her new fiance are both 30-somethings who dated consistently throughout their 20s and early 30s. They met about one year ago, fell instantly in love, and got engaged 11 months later. To me, the somewhat short courtship (there are certainly shorter) made perfect sense. They are confident in their relationship and very ready to start a family, so why wait?

But it made me wonder if they would have felt differently were they not both 30-somethings. If they met at 25, would they have been engaged within a year? What about 28? 30? 32?

Is there a correlation between age and time spent together pre-engagement?

My anecdotal stats say yes. My friends who got married around 25, 26, and 27 were together for 3-5 years before making it official. As I’ve gotten older, that number has gotten smaller.

So if that’s a fact then the more interesting question becomes why?

There’s also the social issue. If most of your friends are married, and you’ve been in a relationship that you know will end in marriage anyway, why wait? There is no shame in wanting that next step for yourself to come sooner, after watching your peers experience their own weddings and own family planning.

But I think that you can have zero biological clock issues (perhaps you don’t want children) and no peer pressure feelings (which are totally normal, but say you’ve never even planned on getting married) and still move from bf/gf to fiances faster once you’re in your 30s. And I think that’s because of who you are and what you know once you arrive at that older, wiser life stage.

I cannot say because I didn’t meet someone I felt that seriously about until I was 27, but I feel like I would have needed more time to decide if I was ready to be married at 25. In the time between my personal 25th and, say, 28th birthday my priorities became clearer, my adult personality took full shape, and my taste in men changed (from crappy ones to good ones). So then, while I cannot say because my dating span was from 27 to 30, I feel like I would need a very short time to decide to marry R if I met him at 35 – or even 31. With each year of my life I feel like it’s easier for me to make major decisions about my future.

I make that case because when colleague friends found out this couple was engaged they said things akin to, “well yeah, they had to move quickly because they’re running out of time.” Note: no one said that specifically, but that was the tone of their reaction.

That’s not un-true – if time is an issue they’re grappling with for the reasons I outline above.

But I think it’s just as likely that they knew faster because you know lots of things faster the older you get.

What do you think?