How To Get Out of A Rut, I Hope

The Roughest 72 Hours Of My Marriage, Thus Far 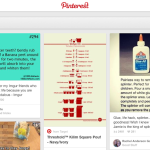 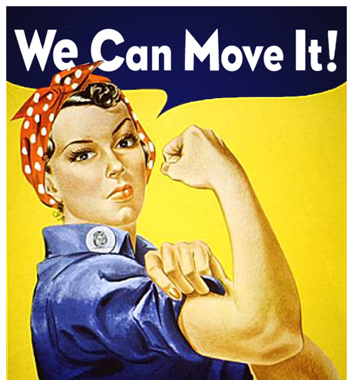 Two Tuesdays ago R decided that we were moving.

I had suffered through one too many days spent trying to get work done at our kitchen table in our hot apartment that sits directly below the world’s heaviest footed bichon frises and their owner, a 60-year-old recent heart attack survivor who seems to be a employed to scream at video games. And R had suffered through one too many evenings spent listening to me complain about my inability to get quality work done while we could be finishing OITNB and/or this entire season of Hannibal. “Coffee shops aren’t reliable, plus there’s only so much coffee a person can drink! The library can be too crowded, plus it’s awkward when the homeless people ask me to read their scripts. And I’d do one of those co-working space things, but they’re actually really expensive…”

Sometimes I embellish dialogue to make it sound better, but in this case that’s a direct quote. R really cares about my career that much. Yes, it does feel absolutely incredible to have that kind of support.
So incredible, in fact, that it inspired me to blindly follow him into an attempt at moving into a two bedroom apartment in two weeks, one of which I will be traveling for a writing assignment to Florida.

Last Saturday R and I visited a gorgeous two bedroom apartment in Los Feliz. R knew it was special the minute he saw it online. “This is the one,” he said. I trusted him because A. it was really beautiful and B. that’s the same reaction he had to the really nice leather couch we currently own, our wedding venue and, I now know, me. This time, though, I wasn’t sure I agreed. This place was and is gorgeous, well-maintained, full of character and boasts all the features we’re looking for in a prospective home but I had some reservations. The kitchen’s a bit small, there’s only one bathroom, it’s further than I’d like from a coffee shop, etc. Oh, and it’s way more than I wanted to spend (which is a tricky point to bring up because I want to spend nothing, always, and that’s no way to go about getting a second bedroom/office that’s going to make my writing career. More on that later). By Saturday night R had me convinced that my concerns were valid but that at this price, we would not find better. “Are you sure?” I said, “Absolutely,” he said. And so I listened because of the couch and the wedding venue and, well, me.

Last Sunday the little voice inside my belly started to disagree. (I’m convinced it’s there and not in my head because if it was in my head it would A. be clearer B. give me a headache not a stomach ache and C. gurgle less). I didn’t want the apartment. It was too much. I didn’t like it. I thought we’d find better. I didn’t want to move so soon. Unfortunately the landlord couldn’t hear my stomach grumbling because she texted to say the apartment was ours (FYI all real estate deals are now conducted over text message because moving into a brand new house is equivalent to picking a meeting spot inside the Century City Mall). And so R and I got into it. I won’t call it a fight because no voices were raised and both of us were perfectly comfortable losing, but it wasn’t a pleasant conversation. He wanted the place. I didn’t. And we were both really hating that fact. In the end, I “won.” That night we texted the landlord to say we did not want the apartment. Before we went to bed that night I said:

And then R tried to imitate it, and it was hysterical and we laughed really hard and I knew were were going to be just fine. Until…

This Monday when the landlord texted again and offered us the apartment for less money. We just so happened to be eating lunch six blocks from the apartment at that very moment. It was too much of a “God wink” as my mom would say, to ignore so we drove by to look at it one more time. This time I realized it wasn’t that far from a coffee shop, that the property was so much nicer than what we’ve seen, and that the other amenities outweighed the size of the kitchen.

But before moving forward, we decided to call the business manager we’ve been working with to get some final financial thoughts. We already spoke to them about a reasonable budget for a two bedroom apartment based on our current finances, but we wanted a final opinion on what we would be sacrificing savings-wise by landing on the higher end of the rent range. The answer: this wouldn’t break the bank, but it wouldn’t make the bank (a little phrase I came up with myself though I don’t think our business manager was quite as impressed with it as I was).

And so, after 72 hours of dealing with this crap – I mean exciting life change that my own complaining inspired – we found ourselves faced with the most important decision of our married life, to date: to live well below our means for a bit, or not. I said yes, definitely. R said yes probably, but… Then we went round and round making the exact same points using various different metaphors because we both just wanted the other to agree with us.

In the end, we passed. Well, R passed because I was too chicken to even text the prospective landlord. We’re in a position to save a lot of money if we go with a cheaper option right now. Also, there are many more apartments in the sea. And most important of all, we’re both not all in, and while that won’t always be the case, we can try for a bit longer than two weeks for it to be the case on a new apartment.

Last night I gave R and unsolicited hug because he deserved it after all that back and forth.

I know that’s about as realistic as the idea that we’ll never have another touch-and-go 72 hours in our married life. Plus – to circle back to my deep-seeded financial anxiety – I have to and want to get more comfortable with decisions that involve spending money. R can help because he’s more comfortable in that realm of life, and I’m hell bent on letting him do so. I think maybe that’s the real moral of this story. This little thing happened to us that revealed some of our weaknesses and some of our strengths so now we have to take note of those weaknesses and strengths and keeping working on them together. So a little pain for a lot of gain. And with that I’ve turned marriage into the equivalent of going to the gym!

Six weeks down, forever to go 🙂