Letting Go of “Perfect” For A Puppy 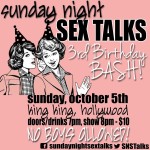 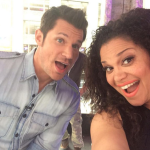 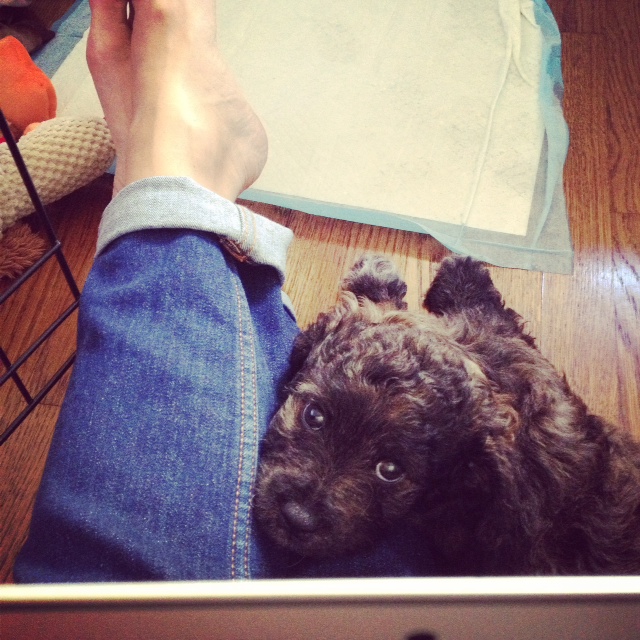 This piece was written for submission to The Huffington Post and Chevrolet Malibu’s new section Moments Not Milestones which is dedicated to finding the beauty in the here and now, and broadening our definition of an “ideal life.” Their mission is to open their readers’ eyes to the amazing things we can experience when we let go of the notion of “perfection.” Here is my brand new story on that very relevant topic. Also, sorry it’s so late in the day, but per the title, I don’t care.

I have spent the past three years saying NO to my boyfriend, then fiance and now husband’s, “can we please get a dog?” I said it so many times that I just stopped saying it and created a look that communicated the same message. It was not a pleasant look. When I had the energy I would follow up with we don’t have time for a dog or I can’t handle any distractions right now or should we really get a dog if we’re supposed to be saving for a house?

But I did not say the truth: I don’t want a dog because it will disrupt the structured, controlled, organized and emotionally neutral life I’ve created to keep myself safe and sound. I didn’t say that because it’s a terrible thing to say. It sounds selfish, short-sighted and cowardly – three things I do not strive to be. But the more I explored this anti-animal stance (because that’s what you do when you really love your husband), I realized that I wasn’t those three things; I was afraid.

I don’t like to be afraid. It messes with my ability to be in control, challenges my confidence and makes it very hard for me to imagine maintaining my “perfect.” Dogs are rarely perfect and puppies are never, but, as one friend put it with a side-eye, “they force you to live in the moment, and that could be a very good thing…”

I was the one who said we should meet the litter that our friends the Steiners were raising. A one year old Schnoodle named Poodalini gave birth to a litter of six munchkins. Gouda (they were all named for cheeses) was the only black/brown one in the set of white fluff balls. I loved him because he had a little white beard under his chin and walked away from his brothers and sisters when the play got too rough. I went to see him hoping so badly to want him, and after fifteen minutes of play and forty-five minutes of firing questions about puppy-raising at the Steiners, I did.

Six days ago we brought Gouda, now Louie, home. I don’t know exactly what pushed me over the edge. It wasn’t just his white belly or the look on my husband’s face when they played during our second visit to see the litter. It was that I don’t want to be the kind of person who is afraid to raise a dog. I don’t want to have so tight a hold on my life that I can’t welcome a challenge and a change. I want to find out if this puppy can help rattle my problem with perfection.

Louie cried and screamed the second we stepped out of view for the first 72 hours straight. Nights one and two he woke up yelping on the hour, every hour. Somewhere around day four he figured out that if he jumped from inside his water bowl he had a better chance of breaking free from his puppy pen.

On day one I cancelled two calls and a lunch and did not change out of my pajamas. On day two I got zero work done and spent six hours in jeans with two giant pee spots on the front. Yesterday around 4pm I realized that I had dog poop on my neck. I have no idea how or when it arrived.

Oh, and he threw up twice, directly into my hands, on our drive home from picking him up. My greatest fear came true. Twice.

On day four I stopped striving for perfection. We’re keeping Louie safe, we’re slowly making progress, and we have yet to fight about the plan. We are winning. I feel awful about the lunches I cancelled, calls I missed and work that has yet to be turned in, and I really don’t love how my apartment smells right now, but I’m doing the absolute best I can, and god does it feel good for that small goal to be enough.

Before I know it Louie will turn from puppy to dog, and this life-altering milestone will just be my life. All I’ll have left are the little moments: the time he catapulted himself three foot off the floor into my arms but missed, the two nights my husband and I spent sleeping with our fingers inside the bars of his crate, and, of course, the time he threw up on the car ride home, twice. Not one comes close to my old standards of perfection, and I have Louie to thank for that.