If We Didn’t Have ‘Geniuses’ Would We Have Less Sexual Predators?

Why You Should Start a Blog, and Keep it for 10 Years

How To Hate All Men, But Love Your Husband 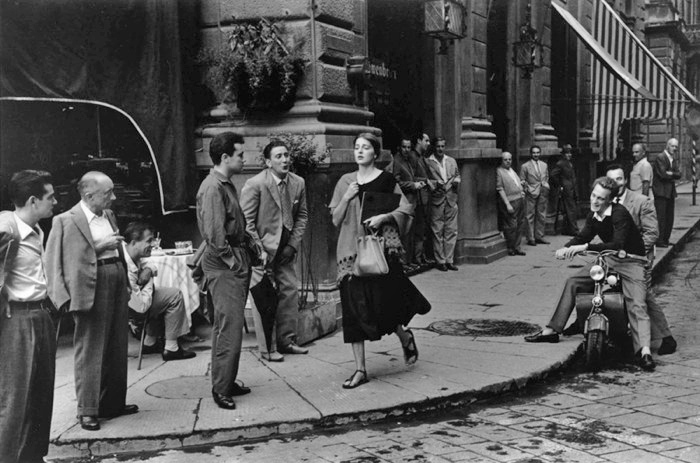 Last night my friend Amy turned to me during a boys-behaving-badly scene in a movie we were watching and said, “I hate all men.”

And then, under my breath, I said the very next thing that popped into my mind: But not my husband.

Amy didn’t hear me say, but not my husband, but if she had, she would have agreed. She knows that R is wonderful, and she has a wonderful male partner, too.

Two people down from Amy at this very same movie sat Joe and Jason and Nate, three men. Amy and I don’t hate any of those men. Well, I don’t, and if Amy does she’s doing a great job hiding it.

So now that’s five men that Amy and I don’t hate (I’m counting her person in my number because I don’t hate him, either).

Also my Dad. I don’t hate him.

So I guess I don’t hate all men.

I’m kind of finding it very hard to not look at all/most men that I do not personally know right now and think UUGGHHHH or maybe EEEWWWW or possibly a little bit FUUUCCKKK YOU.

Well, generally it’s because right now 1-5 men are accused of sexual assault every day. And those are just the famous ones. Or, the ones that work at companies that would lose money if they didn’t fire them. And, more importantly, this does not surprise me. This confirms something I’ve long feared but somewhere, deep-down believed: many men think it’s okay to sexually assault women.

Also, the government is currently being run by a super shitty man and his potentially shittier accomplices (in my current rochambeau of politics Ry-Connell comes real close to covering Trump).

Also, a lot of men have mass murdered a lot of people in this country, THIS FISCAL QUARTER.

Those are the obvious reasons.

But I think the real reason might be this:

All of these sexual assault revelations have made me realize something that I have been privileged not to feel for a very long time:

I studied abroad in Florence during my junior year of college. During that period of time, I didn’t trust men. Italian men were aggressive and intimidating. They made me feel like I was an object to be ogled – Ooh! L’americano! Guardala! And that blatant cultural thing raised in me a question that had popped up from time to time: are all men looking at me this way? Would all men take advantage of me if only the circumstances were right? Could absolutely any man hurt me?

And then why do men do this? why do they think it’s okay? Is it biological? Psychological? Sociological? Is it Adam and Eve??

And then after those thoughts comes the final thought: wait…do all men hate women?

Seems like a weird logic jump, I know. Seems like the more obvious question would be, do all (straight) men love women? That’s how the men on the streets in Italy seemed to treat me. With love. With affection. With desire.

I’m not honored when a man catcalls. I’m offended. I don’t feel loved. I feel diminished.

And that is how I feel right now. In these times.

Now that there’s Cosby and Harvey and Louie and Woody and Charlie and Matt and god-damned Garrison and fucking Franken and all the ones have yet to be accused, I’m back to wondering if all/most/sure seems like a lot of men hate women.

Do they wish we weren’t their colleagues? They’re bosses? Sharing their stages? Joining their Fantasy Football leagues? Do they think of us as lesser? Weaker? Evil? In the way?

Do they only want us for sex?

But here where it gets tricky again. Here’s where I say yeah, I hate all men, too without a second thought. Here’s where my anger actually gets very logical: even those men get to be men in this world where it is a real fucking drag to be a woman most of the time.

So I don’t hate them like I hate people that are truly evil. But I hate them like you hate that really incredible writer that just happens to be better than you.

I guess that means what I have right now is a love/hate relationship with my husband. I love him because he is among the finest men I have ever known. But I hate him because of all the things he doesn’t have to fear or wonder or worry about or struggle against because he’s not a woman.

Maybe that’s why I said, but not my husband, so low that Amy couldn’t hear it.

Maybe because I knew it wasn’t true.