Today, two years ago: maybe the problem is he likes you too much

Hypotheticals: the, “but the parents bought her the apartment” pickle 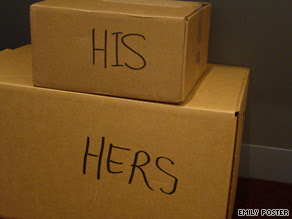 A few weeks ago we started a new series in which I present a hypothetical dating and/or general life situation, provide my assessment and ask you to judge it as you will. This way it’s like we’re all at brunch and our first round of bloody mary’s just arrived and after taking a massive gulp I silence the group with a, “so I’ve got something good…” and then you all get super excited, I go into presentation mode, and brunch takes its typical turn.

Last time it was the case of a financially stalled future fiance and the question of, “what’s a girl to do?”

Today, a very different scenario – one involving parents and apartments and the logistical conundrum that can develop when those two worlds collide.

The, “but the parents bought her the apartment” Pickle

A guy and a girl have been dating for one to two years. They are in a stable, secure relationship – one in which they openly talk about marriage. Now the girl in this scenario comes from a family that is very financially comfortable while the guy does not. Of either equal or absolutely no significance is the fact that the girl in this scenario is in a work situation in which she is personally financially comfortable while the guy is not.

Owing to a recent windfall of money or family tradition or simple whim, the parents of the girl decide to buy the girl an apartment. It’s an investment that she’ll have some financial involvement in (like she’ll help contribute to the mortgage), but they are fronting the money.

…which is exactly where it gets tricky.

See the parents of the girl do not approve of premarital cohabitation – under any circumstances. Their rationale isn’t what’s important – could be a religious thing, could be a general morality thing, could be because they think it hurts the future marriage – what’s important is that they bought this apartment and therefore will not permit the guy to live there with the girl (their daughter).
As such, the guy keeps and pays for his own apartment but spends 90% of his time at the girlfriend’s condo.
And for the final splice of info, the guy and the girl – though intending to be married – are at least one year out from that happening meaning the guy will continue to pay rent on his decoy apartment for at least another year.

Good one, right?
Now let’s assume that the guy and the girl do not want to keep their situation as it is. He’s spending money he doesn’t have on a place where he doesn’t live while he could be splitting the mortgage payments with the girlfriend and contributing to the home they’ll eventually live in together. Fine. As far as I can tell, there are three options here:

Option 1: the guy and the girl lie to the girl’s parents about the fact that the guy actually lives there. He puts most of his things in storage, hides his things in the apartment and makes like he still has the spot on the side. Pluses – they save tons of money and don’t have to continue on with the charade. Minuses – they “live in sin” once and then live in sin again because they’re telling a massive, bad lie.

Option 2: the girl tells her parents that the jig is up and the guy is moving in because it’s practically 2011, he practically lives there anyway, and their mutual ability to save money benefits everyone involved. Pluses – the jig actually gets up (goes up? is up?) plus money saving, etc. Minuses – they might say no. I can’t quite figure out what would happen if they did say no… Cause then what if the girl said, “well too bad!” would they say, “well we’re sending movers to move you out!” I mean, can the parents of an adult woman evict her out of the apartment they bought her (but she pays part of the mortgage on)?

Option 3: the girl puts her foot down and moves out of the apartment owing to the fact that she and her future husband will be in better shape (financial and emotionally) if they live together – even if she has to pay slightly more and have a smaller place. It’s the “thanks, but if it has to be this way then no thanks” route. Pluses – control, money saving, living together. Minuses – losing the very nice condo and seriously pissing off the parents who bought it…

It’s not an easy situation – especially because of combination of financial, emotional, and parental strings pulling in multiple different directions.

What would I do? I don’t know. Probably a combination of numbers two and three? I’d definitely at least start with option two (or the, “can’t we just pleeaassee” version) and then see if resorting to option three was necessary.

But the more interesting question is – what would you do? How would you go about it? And why?