How To Become A Writer…maybe…I think? 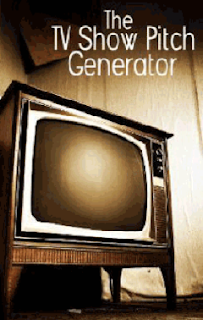 Tomorrow I am pitching my first original TV show concept to a production company interested in taking it to a studio that might eventually sell it to a network.

At least, I think that’s how it works…

So far all I’ve been required to do is pour my entire heart and soul into an eight page document explaining my vision for a 1/2 hour sitcom. And if that weren’t tricky enough, the show is about the fact that I was once in love with my now gay best friend who I lived with at the same time I met my current fiance.

I’ve been thinking a lot about this whole concept of writing what you know lately. I have essentially been doing that for the past six or so years on this blog, and I’d say I’m pretty open and honest about the goings on in my life. I have written things that were difficult to write. I have said things I didn’t think I had the courage to say. But – and this is obvious but no less important – it’s always from the first person perspective. I’ve been sharing stories about myself as myself.

This TV show development process seemed like it would be similar. I set out to create a character based on myself who lives in a world based on my own world. It didn’t feel like it would be that different from writing a blog post in the format of a 1/2 hour sitcom.

Turns out there is a massive difference between writing about yourself and writing yourself. Suddenly the fuzzy areas in your understanding about certain facts and feelings are called “weak character development” and the parts of the story you’re re-telling that you’d rather leave out become “plot holes.”

To create a great, fictional character you need to make that person whole – what are her fears and issues? what is her back story? why does she behave the way she does? how would she react to A, B, and C? Think about all your favorite characters from TV and film. Chances are you could answer all those hypotheticals about them as if they were real.

But imagine if the character was you. And then imagine that you don’t know the answers to your own question because you’ve never asked yourself before. Why did I do that? Why did I feel that way? What motivated that move? Now, how would I react to A, B, and C?

I’ve been working on this specific project for almost nine months from conception through pitch development. Those nine months have been like the weirdest on-going therapy session of my life. Yes, the character I’ve created is a version of myself, not a direct copy, but I still had to figure out the basis for that adaptation based on real events and feelings.

I’m incredibly excited to be pitching this story because it is near and dear to my heart in so many ways. But I think the real win has been what developing the pitch about this story has done for me personally. I would not know everything I now know about myself if I hadn’t turned myself into a sitcom character. And while that feels like a weird and overly time-consuming way to figure out your hang-ups, it worked for me.

Stay-tuned to hear if it works for the production company…and then the studio…and hopefully the network…and maybe, someday, the test group we show the pilot 😉