The First Fart vs. The First “I Love You” 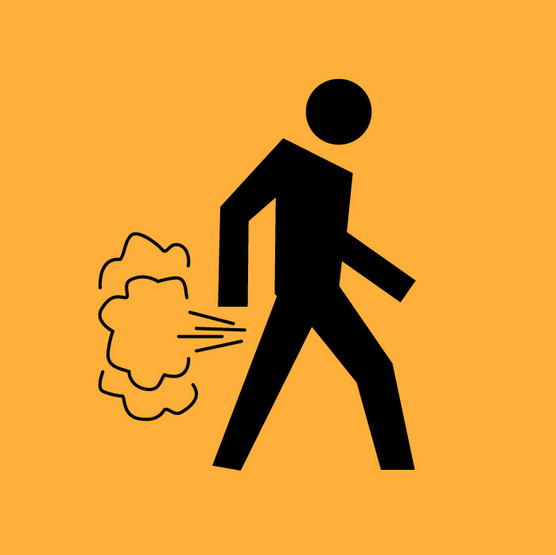 Warning: this is a filthy post, and you are going to be uncomfortable, but that’s the whole point so just deal with it.

Years ago R and I had the most significant conversation of our entire relationship:

And then R said the thing that really made us a couple – more than the countless dates and rounding of some bases and fact that we’d already said I love you.

And so he did, and it was hysterical, and with that we were officially intimate.

It is a fact universally thought but never spoken that the first fart is as intense as the first I love you. I would actually argue that the one syllable toot trumps the three word declaration. It did in my book. I was fully ready to declare my love but went on for months pretending that my body simply didn’t produce gas. I once told R that my butt was shaped in a way such that it didn’t make farts. Yes, I made up a more embarrassing explanation instead of just letting it rip and moving on!

Maybe it’s because farts are evidence that we are the opposite of sexy? There is nothing sexy about a fart, especially a really smelly fart (it took me fifteen minutes to decide to leave “really smelly fart” inside this post). Next time the love of your life lets a really rancid one fly I want you to pretend that you’re required to immediately starting having sex with them; it will not be an easy thought. I think it’s that once that butt gate is opened we are officially human, which is the opposite of what we’re trying to be in the first few weeks/months of dating.

But here’s the thing: farts are hysterical. Ridiculous, disgusting, surprising and hysterical. Why? Louis C.K. puts is best.

I love funny. I’m gunning for a career in it. And yet it was once my greatest fear in life that I might end up like like this:

Why? I still don’t know. I guess it’s just one of the great catch 22’s that whomever programmed us slipped in to the system. We produce the world’s greatest joke out our butts but it’s among our greatest sources of embarrassment. Well I say enough is enough.

I say you announce the first fart of your relationship. 9 times out of 10 you know when it’s coming, so let’s actually treat it like the “I love you” moment that it is. Say, “darling, I’m going to make a fart in your presence because I feel we are close enough to do so. Brace yourself. It might smell.” Simple. Natural. Honest. Adult.

And if you find yourself on the receiving end of that incredibly special statement I believe you have every right to say, “darling, no thank you. Please take that gross shit to the bathroom and let’s pretend this never happened.”

…which is what I wish I’d said many years ago…