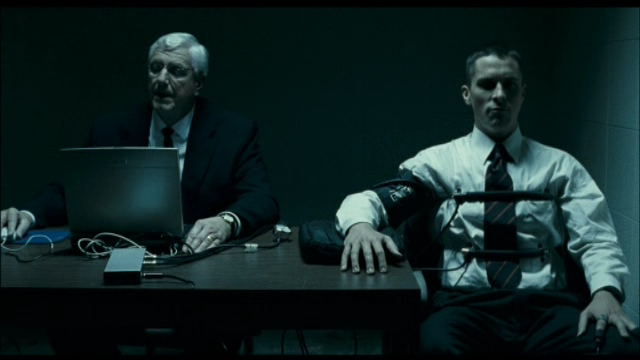 I can’t stop thinking about this article that I read in The New York Times back in 2015. Click the picture to read it.

One – Celia Mitchell, 38, was asked about her business very directly. (Quoting from the article):

“What is the psychic business? Is it real, or a bunch of baloney?”

“The whole thing is a scam?”

Several other fake mediums confess their lies throughout the piece. Some say they got into it because they thought they might be able to discern things for people, albeit not supernaturally. They thought they could help them, while making a buck. Others confess that the entire thing was for money and power. One says:

“I regret it. I’m sorry. I regret it and I have no explanation for it; that is just corruption. I look back at it and I can’t believe that I did all these things.”

Why did they come clean?

Because they were desperate to reduce their prisons sentences. The psychics profiled all went to jail. Why? Because at a certain point they started to push the boundaries of their relationship with clients – to the point of crimes. One, Priscilla Kelly Delmaro, got so brazen as to take $713,975 – over time – from a Brooklyn man after promising to reunite him with a former love, even after the man discovered that the woman had died.

I don’t know. Call me totally drowning in a sea of CNN commentary and Politico posts, but this just wreaks of what’s going on in the leadership of the Republican party right now.

They got into politics for good, maybe. Then they got greedy and power obsessed. Now they have to keep that power at all cost. It’s not apples to apples, but it’s not as far as oranges.

Let’s imagine a few of them – Paul Ryan and Mitch McConnell and Ted Cruz and Jeff Sessions and obviously Bannon and Trump – all end up in prison sometime soon. And by imagine I mean hope. Let’s pretend they rot in there for awhile but then it’s time for their own parole hearings. So, say it’s Paul Ryan in there and the parole board wants to know if, during his time in government, he truly believed he was acting in the best interest of the majority of the American people or was just doing whatever the fuck he needed to do to stay in power. Remember, he’s trying to get out of jail. I don’t know how parole board hearings go, but let’s say you’re hooked up to a lie detector test. Seems logical. Okay so we’ve got Ryan in there. Let’s make it specific:

Paul Ryan. Do you believe that President Trump’s Muslim travel ban was the smartest way to keep Americans safe from terrorism? And remember, sir, you’re hooked up to a lie detector.

Do you believe it actually stood the chance to insight more terrorism?

Do you believe that it was a morally questionable act that went against the key tenants of American ideology?

Did you only support this ban so that you could keep your job?

The whole Republican party is a scam?

Dream script, but you get it.

Then it would be the same with Ted Cruz and gay people: I just think they’re gross but I use a piece of the Bible as my justification. It’s a scam, sir.

And Mike Pence on abortion: I think men should be in charge of women because men are better than women so I use this whole “life begins at conception” argument as my justification. Also I think women who get pregnant outside of marriage are sluts and should suffer. It’s a scam, sir.

And Mitch McConnell on taxes: Yeah, I know a fairer tax structure with more taxation of the wealthiest will technically make our entire country richer but it pisses those rich people off and they vote for me so I have to pretend it’s bad for the economy. It’s a scam, sir.

And ALL OF THEM on gun control: Yep, it’s a national health crisis and way more people die from gun violence than terrorism and there are very easy ways to tighten up gun control and we don’t have to take anyone’s guns, but the people who vote for us like guns and no one WE know has been killed so we’ll just block it all so we can keep our jobs. It’s a scam, America.

It’s not worth getting into Trump and Bannon because their scam is so clear. Also they’ll never confess, not even in jail, because they are sociopaths.

Am I crazy or does this feel true? Or am I crazy because this feels true…

I’m not saying that there aren’t Republicans with Republican ideals that truly believe their strategy for government is best for America. Like, maybe there are real psychics who can really read the future. It’s possible. But this whole we’re doing this for the good of the whole country to Make American Great Again bullshit is feeling less and less legit as Americans lose their rights and their healthcare and their ability to travel and their lives by the day.

Power is a powerful thing. Forget the psychic comparison, we saw that concept play out clear as day when the banks fell. They thought they were too big to fail. Someone wrote a whole book about that concept, and then HBO made a movie. When that crisis was all said and done it was revealed the dozens and dozens of people lied and cheated because of greed and power.

Tell me that’s not what’s going on with the Republican party in America right now?

The question is – and frankly I believe it’s becoming less and less of a question – is America too big to fail? Or, rather, fall.

Because I don’t think Ryan and McConnell and Cruz and Sessions are going to end up in jail. Maybe Trump and Bannon. A girl can dream.

I think that – just like the bank crash – it’s America that’s going to fall the furthest and the hardest. Last time we ended up in a deep and debilitating recession that lasted for years. This time, given the issues at play – given the height of the stakes and the man holding all the puppet strings – I’m afraid it will be a lot worse.

So, long, scary story short, who wants to help me kidnap the Republican leadership so we can hook them up to a lie detector test?