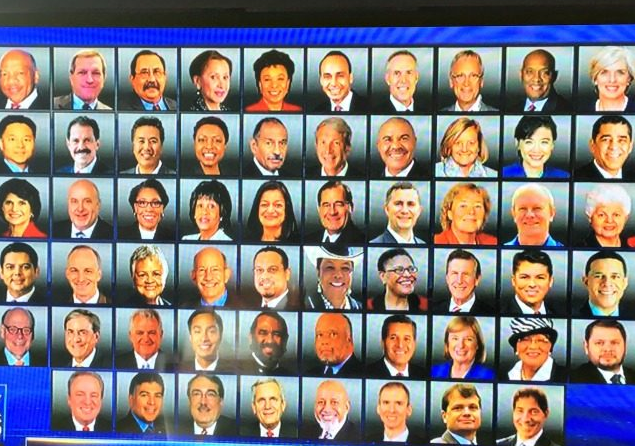 Last night we went around the dinner table and tried to honestly answer this question (just for some light Tuesday talk): if you were in congress, would you be attending the inauguration?

I should be clear (even though I probably don’t have to be) – the six people at the table were all Democrats, therefore fictional Democratic congress members. So dozens of their fictional colleagues have already made the choice not to attend. Here’s the full list.

Most of us had an answer – some yes, some no. I could not decide. I still cannot decide.

For some help here’s the rationale of a few actual members of congress (via that same CNN article linked above):

Obviously that Schrader response is my favorite, but it’s the Arizona rep that speaks to me, personally.

It’s not about Trump, and it’s not about America. It’s about the rhetoric and viewpoint that brought this administration into being and the nature of the government that’s making it possible for us to continue in that direction. Bad/wrong/un-American ideas put a man in power. Bad/wrong/un-American behavior rules the legislative branches of government these days. It’s much bigger than the actual swearing in of the president.

So if you feel like Representative Grijalva and me, is not attending your best option?

This is where I’m still stuck.

Does attending show support for the president and his side? Or is showing your face saying, I’m here today and I will be here fighting for what I think is right, for as long as you’re in office?

I think the answer is that it means whatever you say it means because you make the decision.

And yet politics is played out on the world stage, so it also means whatever anyone watching decides based on what they watch. Rachel Maddow will call it heroic. Sean Hannity will call it an abomination.

Obviously to Trump and his people it means disrespect.

Does that get you placed on some congress person black list moving forward? Based on what we’ve seen so far, I’m guessing yes. So are you ultimately harming your constituents by getting yourself knocked off the “good democrats” list barring you from any attempt at any bipartisanship? Is there going to be any bipartisanship anyway? And would your constituents really want you to sell out for the sake of a bill or two?

So should Democratic leaders be bending over in the name of saving anything that speaks to our ideology as a party? Or is now the time to screw all that and finally do what’s in our hearts?

My emotional brain says there is no way I would be there but my logical, political mind says you’ve got to play the game for the greater good.

What if I was a Republican?

What if Trump was a Democrat. It’s hard, but imagine a Democratic president-elect who railed on white, conservative Christians and threatened men and was elected after interference with, say, Israel and didn’t have any experience in politics and ranted on Twitter every day, directly insulting Republican legislators. What would the Republicans do?

Right. Not attend the inauguration.

What if they weren’t in control of the House and Senate?

Right. Still not attend the inauguration.

Is that spirit why they’re in power and the Democrats are not?

I’m not a tit-for-tat person so the they wouldn’t go argument doesn’t work in my case. But it does make me think back to my political rationale.

There are lots of ways to stop a bully: ignore him, hit him harder, tell on him, get him impeached. None of them are reason with him until he comes to his senses. At least not as the bullying metaphor applies to modern day politics.

For that reason I think I’m leaning toward not attending, in my fictional Democratic congressman from California life. We have lots of evidence of what happens when you play nice. It feels like it’s time to experiment with a different approach.