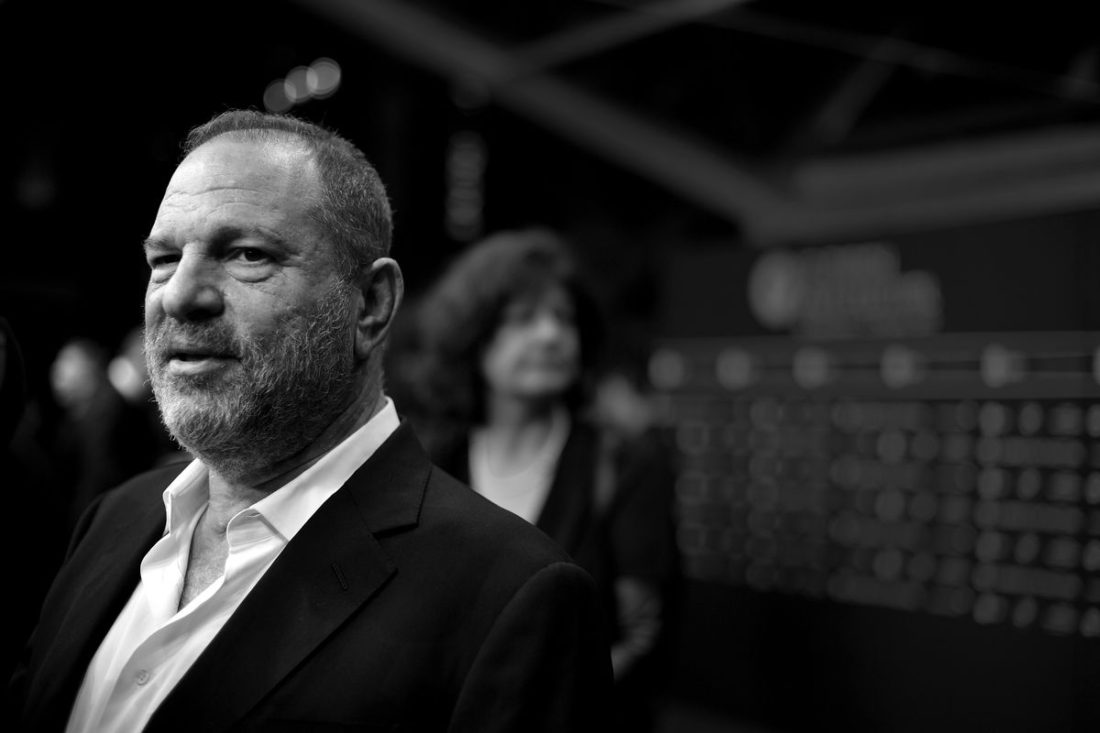 Like many/most/hopefully all people, I am blown away by the recent takedown of prominent and serial sexual assaulters in this country. It started with Harvey Weinstein but already fashion photographer Terry Richardson has been banned by brands Valentino, Bulgari and publisher Vogue Conde Nast, an LA Times article outed Bugsy writer James Toback (more than 200 accusers), and Amazon Studios executive Roy Price resigned following sexual harassment allegations. Now articles are popping up every day about all the other Harvey’s in all the other industries. The dominos are falling in a very real and serious way.

My question is: why now?

Sexual harassment and assault are not new, especially not in the workplace. Rumors about people like Harvey Weinstein and Terry Richardson are not new. We now know that the New York Times had the Weinstein story for years and that women were paid off for even longer. The same goes for victims of Bill O’Reilly and, to be clear that sexual assault happens to both men and women, Jerry Sandusky.

So why the tidal wave now?

I believe that women were pushed to a point of action because Trump triggered a deep, unresolved anger about this chronic treatment. I believe the feeling of the now dozens (hundreds?) of women that have decided to go on the record is we can’t seem to stop the President, but we can do something about these other men.

Or maybe more specifically, a man accused of 11 counts of sexual assault was elected president because of our culture. We will not allow that to happen again.

But what if it could have been earlier? What if these decisions weren’t made out of anger and frustration? What if accusers didn’t have to be pushed to the brink? What if people who took settlements from the Weinsteins and the O’Reilly’s over the years said, no thank you. I don’t need that.

This fight is long from over, but the shift is big and real and it started with one man. Why didn’t people believe that could happen prior to now? We didn’t we as a country do things to support that belief?

The actress Brit Marling wrote a powerful piece for The Atlantic about “the economics of sexual assault.” Here are two chunks of it that really resonated:

I had already been thinking about what could have been different if people of power supported women with something very different than hush money – real money or a real job.

Could Oprah or Jane Fonda or Facebook exec Sheryl Sandberg or Vogue EIC Anna Wintour or any other very wealthy woman have somehow supported sexual assault accusers with some kind of safety net? Could there have been a foundation set up by sexual assault survivors to help women land on their feet financially if fired by a company for making an accusation? What if there was a reserve of money (donated? Oprah again?) that would match any hush money offer? So the woman who took the $32 million from Bill O’Reilly could have had an offer of $33 million to out him.

I know these are pie-in-the-sky questions. But I guess what I’m getting at is, why didn’t people with power and money and influence – men and women – want to take these people down? Even out of sheer competitiveness.

I think the answer is because it didn’t seem worth the effort. A not my problem, problem. Or maybe of the very real fact that the system would still punish the accuser, and even possibly her powerful helper. By that I mean, accuse Harvey and you spook all the other Hollywood producers out of working with you. You’re a risk. You’re a threat. You could cry foul on anyone. We can’t have you on set because you might risk our movie getting made.

But that’s a self-fulfilling prophecy. You, boss, risk your own movie being made by letting the culture stand as it is/was. You keep the dynamic of power intact because you’re not willing to lose one movie to save all the rest. If people know they cannot get away with sexual harassment on your set/in your office/under your watch, no future projects can be ruined.

We would all be fine without Good Will Hunting, and it’s one of my favorite movies of all time.

I know that the time is now for many, many reasons. And I am so grateful that it’s happening at all.

But I believe that we could have done better, sooner. And I truly hope we learn from that lesson. It feels like there are not enough heroes to balance out all the villains. I’m proud of women for finding a way to be their own heroes. But I know, and you know, that it didn’t have to be this way. And for that, we should all feel ashamed.