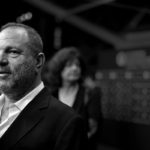 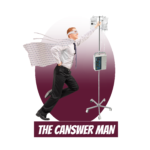 Evelyn’s still at it, this time with even more help.

“Hi, I’m Judge,” Judge said as he slumped into the back of Daniel’s car.

Evelyn was in the front passenger seat next to Daniel. She told him she felt strange making him drive her around like some kind of rich lady. This way it would look like he was her grandmother. Daniel didn’t point out the fact that he was brown and Evelyn was white. He liked her too much.

“Judge is a judge,” Evelyn explained to Daniel.

“Cool,” Daniel said, “Does that mean he can get me out of trouble if whatever you’re up to goes bad?”

Twenty minutes later they pulled up outside a Self-Storage facility. It was on the far eastern outskirts of Newtown, the part where Evelyn had warned her kids not to drive alone at night.

“When you’re a judge you meet criminals,” Judge had explained after their meeting at the Panera just a few days back. “And criminals always have criminal friends trying to bribe you to go easy on ‘um. One time a guy showed up at the house with a pony for my daughter, if I let his brother off. I said my daughter didn’t want a pony. He said every daughter wants a pony.”

Evelyn had agreed to take a drive with Judge out to meet one of these criminals – the one that owns a Self-Storage facility or, as Judge put it, “a bunch of boxes up to no good.”

“If you wouldn’t mind waiting here, Danny, we’ll just be fifteen minutes or so,” Evelyn said as they pulled up to the main office of the facility.

“I’d actually like to come if that’s okay,” Daniel said.

“Because maybe I can help you at some point if I know what you’re really planning.”

Evelyn thought for a second. She was trying to remember what exactly it was that Daniel did and she didn’t want to offend him by asking. Sometimes if she just sat still for a moment and nodded her head information would fly back into her brain from wherever the heck it always went.

Daniel did something with them…and maybe the Internet? Yes, it was possible that he could be helpful at some point but Evelyn was still not sure she wanted him involved.

“We’ll see,” Evelyn told him,”But until I decide, I don’t want you to end up getting in trouble for just knowing what I decide to do,” Evelyn said. “What’s that called, Judge?”

“Depends on what he knows, but probably accessory to a crime.”

“Do you even know what you’re going to do?” Daniel asked.

“So I’ll just listen for a little and then, if it’s sounding like you’re going to say something about some kind of real plan, I’ll leave.”

“Could that work, Judge?” Evelyn asked.

Sonny was not at all what Evelyn expected. He was a skinny kid with a shaved head that looked like he should be in a high school chemistry class not running some strange business that may or may not have been a fake. Or a front? Evelyn couldn’t remember what Judge had called it.

“How’s Dad?” Judge asked as they sat down on folding chairs in a large, empty storage locker.

“Good. He’s on weekly visitation now so I get to see him.” Sonny turned to Evelyn’s blank face. “My Dad’s doing time up at county, again.”

Evelyn gave Sonny a pleasant, accepting nod. She had never been around a criminal or a friend of a criminal before, to her knowledge, but she decided to treat him just like she would treat anyone else.

“Naw it’s cool,” Sonny said, “I feel like it was breaking and entering with attempted burglary? Right Judge?”

“The best at,” Judge said. “When Bob’s not locked up the cops across the county use him to help figure out who broke into whatever spot got robbed.”

“Used to,” Sonny said, “He conned them the last time. Made them think it was someone else when it was really him.”

Judge laughed. “Of course he did.”

“So…what can I do for you, ma’am?” Sonny asked Evelyn. “Is this storage business…or some other kind?”

“Well, I don’t know yet,” Evelyn said. “I am trying to come up with a plan to let’s say coerce the powers that be into common sense gun laws.”

Sonny looked very confused, which was fair. This was a strange thing to say let alone hear. Evelyn was still working out the words herself.

“One thing I know I’ll need is space for whatever team I can assemble to meet. So, maybe that’s how you can help? If you have any spare storage rooms available I could rent one of those from you for my meetings. I’ll be sure to be very clean and quiet and you won’t have to be involved in whatever it is we decide to do.”

“Is that what you were thinking, Judge?” Sonny asked.

“Not quite,” Judge replied.

Sonny rubbed his hands along his shaved head, thinking. Evelyn had a feeling it wasn’t whether or not he would rent her a storage locker.

“Who are ‘the powers that be,’”? he finally asked.

“Well, I guess I’ve been thinking of it as the legislators that stop the laws from getting made. And maybe the NRA for being so powerful that they convince the legislators to not make the laws. I don’t know. I’ve written a few things down in my notebook, but all I really know is that it should happen the way Ocean’s 11 happened.”

“Yes,” Evelyn said, “Only in that I want it to be very clever and careful and sneaky..and no one to get hurt.”

Sonny considered again, this time for less time. “Well then you’re going to want more from me than just meeting space,” he said.

“Okay… what is it that I’m going to want?” Evelyn asked.

“My help breaking into a building or two. Dad taught me everything he knows.”

“Oh dear, do you think you should be saying that in front of Judge.”

“That’s why I brought you here,” Judge said.

“So you think we need to break and enter into something, too?” Evelyn asked.

“Yes, among other things.”

“Should I be leaving now?” Daniel asked

“Right. Okay. I guess that technically did happen in Ocean’s 11,” Evelyn said. Her mind was racing. This was both very terrifying and also a total thrill. “So, hypothetically speaking, what buildings might we want to break into?” Evelyn asked.

“Oh, I don’t know. Probably a bunch along the way,” Sonny said, “But I guess the big one, hypothetically speaking, would be Congress.”

“Right,” Evelyn said, “That’s what I’m going to do. I’m going to break into Congress and hold them up until they agree to pass common sense gun laws.”

“The thing you were supposed to leave before you heard.”

Read all of the Evelyn Saves America series that I am writing as it pops into my brain!