What Makes or Breaks Your Relationship – according to 720,000 people 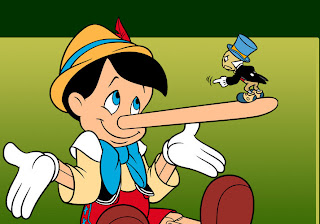 I know this because I was one of those little girls who had a little problem with lying. It’s like once I found out you could say things that weren’t true and not get struck by lightening (a thing I didn’t quite understand as it was), there was no stopping me. In a classic Rosen Family story I ate the entire center out of a loaf of Italian bread via a tiny whole I bore with my baby carrot-sized fingers, blamed it on my four-year-old little sister and then, crippled by the guilt of getting her punished, kidnapped her from the time-out chair, convinced her to lie and say she covered up for me on purpose because she felt bad, and got us both taken out of dance class for two weeks. To this day I believe that punishment is what stood between me and a role in the 2000 blockbuster CENTER STAGE.

So, I know a thing or two about lying, which is why I feel qualified to answer last week’s reader e-mail about a confusing situation.

To paraphrase, this reader recently met a man with whom she has become friends. They are both away from home for a period of time and have found friendship in their shared experience. In the several weeks they’ve known each other, much as been shared. This reader wondered, based on their interactions, if there might be something growing between them…

Until her curiosity took her to his Facebook page where she discovered that he’s been in a relationship for over a year.

Oh yes he did.

Is it possible that you fail to mention that you’re in a relationship the first time you meet someone? Absolutely. The second time? Fine. But to develop a friendship with someone of the opposite sex (if that’s your sexual persuasion) over several weeks and never mention that you have a girlfriend is fishy. I’m not going to be so bold as to say, “wrong,” because who knows what the circumstances of that relationship are, but it is by every understanding of the term, a lie of omission.

I believe this reader was deliberately mislead, and I believe she has the right to say, “hey buddy, I was tooling around Facebook and noticed that you’re in a relationship. You never mentioned that.” (though the thought of having to say that to someone is admittedly terrifying).

But her situation does beg the question of when not telling becomes a lie. One time? Two times? Three?

In my mind it’s a combination of time plus nature of conversation. Case in point: I briefly dated a guy who was divorced. He did not inform me of this for the first several weeks of dating. On one occasion while in his apartment, I questioned his lack of furniture.

On another occasion I asked this guy if he had a serious girlfriend in college.

“It didn’t come up…” he might have told someone who asked, “how is it possible you haven’t told Jessie that you’re divorced in over a month?!” When in reality, it didn’t come up because he made it not come up.

But a divorce is one thing, a current relationship is absolutely another. To the person who says, “it didn’t come up” after even four instances of spending time with another person (note: specifically of the opposite sex) I say, “well then you must not like your girlfriend very much.” To have zero stories, examples, reference points or reasons to bring up a girlfriend after that much time means she is so small a part of your life that she doesn’t naturally come up in dozens of conversations, ooorrrr she doesn’t come up on purpose.

I am as sensitive as the next previously perma-single girl about dropping the “um, I have a boyfriend” line obnoxiously early:

But now I am equally as sensitive about dropping it too late, which is what happened in the case of this reader and her new friend.

Why he hasn’t said anything is a mystery I can’t solve, but the fact that he has not said something on purpose is certain. As far as I’m concerned.