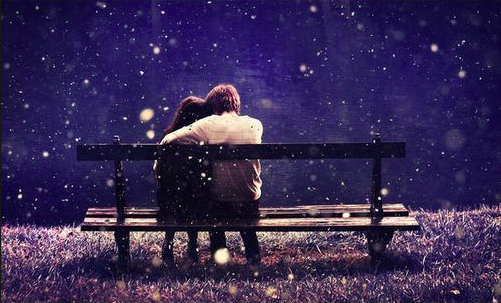 “I think I figured out the ultimate relationship litmus test,” R said to me as we were walking Louie the other night. He makes these kind of grand statements about dating/relationships/marriage from time to time. I can’t decide if it’s because he’s secretly preparing for his second career as a yenta or if he just wants more blog posts to be about his ideas. Either way, it’s working.

“I think you imagine the worst thing that could happen to you, then think about whether or not you would want that person around to help you through it. If you don’t, it’s no good.”

R has a way of reducing everything to a one or two sentence answer. When we first started dating he threatened to start his own blog called 20-Everything where he would take my 800-word posts and re-write them in two sentences or less. I would be offended if that didn’t sound like such a viable idea.

But back to this most recent two-sentence post. Does it hold water?

I think yes. A litmus test says Merriam Webster is:

If you want someone in your life to help you through a struggle/tragedy/transition/other bad thing, then they are acceptable. They past the test. You stay together. Doesn’t mean you don’t break up for 10,000 other reasons, but not the point today.

But I think it’s more interesting to think about what it means if you don’t want them around.

Say you’re a more closed person when pain of any kind sets in. You’d rather be alone with your thoughts then have anyone around to help. I can be like that, so I relate. Well then it’s not that you want your husband (for example) to go away, you just don’t (think you…) need him. That’s not what R is saying.

R is say that if you would dislike the way a given partner reacts/responds/reaches out during your time of need, then you’ve got a problem. Why?

I think it’s a sign that your communications styles are different, maybe? I think it means you don’t want that person to see you at your most vulnerable (for whatever reasons) or don’t think they could handle it if they did see those moments. Maybe it’s because tragedy could involve family and you can’t imagine your partner getting along with/helping/understanding your family? I think there are a bunch of reasons, but they all ladder up to the same fact. Why do you want to be with someone that you’d be inclined to flee from when you need someone most?

So is R right or is he wrong?

My #1 Secret To A Successful Relationship